I put my daughter in the bin

A few tepid evenings ago, I was working at my desk whilst my 6-month-old baby played nearby by herself – and with a few of the outcast bears in my Bear Room. I scribbled something on draft paper, decided it was crappy, scringed it up, and threw it with a near-miss parabola into the bin next to my desk. My daughter looked up and was still and quiet. She was fascinated by the rustling sound of paper crinkling up and getting thrown into the waste paper basket. She gazed at me with quizzical eyes, asking, “What was that sound?” So, with a swoop, I picked her up from the carpet and dunked her into the bin. She peered at me, was hesitant for a split second, then burst into hysterical giggles.

Amused, I took photos of her investigating her tiny cylindrical surrounding. Unable to contain my distraction, I sent the photo of her in the bin to a few different friends. As expected, the responses were varied. 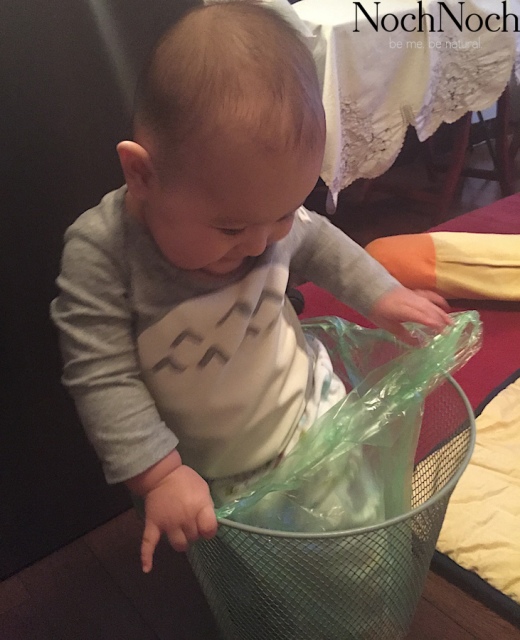 Typically, the reaction was “cute” or “funny.” A few teased me with reprimands of “how could I put my daughter in the bin” or sarcastic remarks of how good a mother I was by doing so.

I pondered, why such reactions? We associate the bin with garbage, which is useless things we do not want anymore, and at times, dirty or pungent. So, how would anyone with some sense in them put their most precious babies into something that contains unwanted items?

However, my baby did not know that. She did not know what this metal container with a rustling green bag was for. She had no concept of colour, material, space, language, or usage. Perhaps, at this age, she still sees this concoction of metal as an extension of herself. She had no prejudice against the bin. If only I could understand what went through her little brain as she played with the bag and tried to make sense of what was happening at that moment in time. I wish I could glimpse at the imagination that goes through her senses when she looks at the same world I look at everyday.

We learn what things are. We put a name to it. We decide its use – and we stick to our schemas and stereotypes, which are undoubtedly useful in helping us learn. Yet, we have educated ourselves out of imagination. We sacrificed creativity for reason. At least, I have.

Pushed to “grow up,” I gained in knowledge and experience, for which I am grateful. The backlash, was the loss of wonder. I went past the tipping point.

As I watched my baby play, I look at her in awe, envious of that glimmer in her eyes that shone unmistakably with the zest for life, the enthusiasm for discovery, and the curiosity for everything unknown.

I am learning to play again. Come into my study room and you would think you walked into a “child’s” room. But why not? I am good with playing, and I think we all need to play more. I hope I am playing and having fun at the age of 70 like this energetic guy bouncing around on hopscotch.

Playfulness and creativity come hand in hand. Play can come in many forms. No reason we have to give this up just because we “grow up.”

The bin intrigued my baby girl for a good few minutes. May she never lose the inquisitive mind. 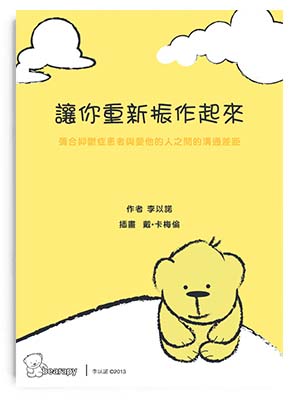