Putting it all out there

Feeling vulnerable at the moment. Have been feeling vulnerable for the last few months ever since I finished my thesis. Time to find some work – simply because I would like to work and satisfy my intellectual curiosity, but otherwise because I would go crazy if I had to stay home and look after my little girl 24/7. I am not very motherly. I prefer having my own life, even if it consisted only of calligraphy classes and manicures – though I would not be able to afford that and sustain a living for long.

Theoretically, I gave myself a few months’ holiday post-thesis and pre-graduation, so I could use those months to explore. Give myself time, try ideas, test the market, meet people, rebuild my professional network, and enjoy Riviane’s babbles and tantrums.

I did not know where to start, what to do, how to articulate my proposition or service – what is my service or business? How to brand myself? Business cards? LinkedIn profile? Bearapy website revamp? The Ebook still not launched after two years of telling everyone “soon,” “soon,” “soon…” And amidst all that, remember to buy some groceries so at least I would not have a hungry baby, make sure there are enough diapers, clothes are big enough, and that detergent was not running out…..

Serendipity struck. Timmie asked me to go out for drinks with some friends from Australia, said they were entrepreneurs expanding into China and friendly people to hang out with. Tired and feeling a sense of obligation to myself to fix my blogs or run some more errands, I declined. Yet, a little tug inside said, “It’s Friday night, just go out for an hour or so!” Hoping to trust my instincts more these days, I turned off the computer and walked out to Sanlitun to meet them.

Glad to see a face I know inside the group, I latched on to him and mostly ignored everyone else after the initial introductions. I had no idea what to say to them, and felt self-conscious that I did not have anything to offer. Fatalistically, the friend had to leave early, so I was stuck with a stranger next to me for the rest of the evening.

He asked me what I was doing in Beijing. I wish I could disappear on the spot or fake a fainting to not engage in that conversation. But because I could not flee, I could only fight and muster up some illegible response. Nervous, I rambled on and on, until I noticed my body tense, and my arms were flapping wildly like a caged bird. So, I stopped, sipped my drink, and hoped the guy was tired of listening to me and would make up some toilet excuse to leave me alone.

He did not. He was an entrepreneur and was expanding his business into China. He continued talking to me – perhaps he was drunk? Then he dropped the bomb on me: “Why don’t you try it out with our team next week while we are in Beijing?”

Huh? He was definitely drunk!

I mumbled some lame protest of not having prepared enough, was in my first stages, not sure about time….

He gently prompted, “Well, we could just do something short, no pressure.”

Ummm…. Let me think about it and get back to him over the weekend, I meekly conceded, but still gave myself space to flush the idea down the loo if I had to.

“The good thing with trying it out with us, is that you cannot fail, it’s just an experiment!” He reassured. Then, perhaps sensing my resistance and fear, he changed the topic to ordering burgers, though reminded me to get in touch with him as we left that evening.

All weekend, I hoped for calamity to strike so I would have a legitimate excuse to not do a workshop with his team.

By Monday, I was still alive. I mustered up some courage to contact him. We had a quick chat about what he wanted to get out of the workshop. I told myself it was an “action-research project” to continue researching my thesis topic of playfulness and transitional objects in developing corporate culture.

With a solid sounding shield on the surface to convince myself I could do it, I spent one day musing over what he shared with me about his team and the business development the company is going through. I spent a second day preparing for the workshop, which would be for 2-3 hours in my living room.

Friday morning, I woke up trying to find some sort of headache or stomachache bad enough to call off the workshop – where were migraines when I needed them? I paced up and down the corridor until the three of them arrived. They were probably tired from the business trip in Beijing, with the rapid developments and change the business environment entailed. I felt that it would be more beneficial for them to go through one exercise in depth instead of rushing through all the activities I had prepared. Feeling awkward, I opened up the workshop and gingerly brought them to drawing, contemplating, sharing and discussing. My role was a facilitator to help them articulate their thoughts. I started to enjoy myself and forgot my inner anxieties.

They gave me feedback after the workshop, and since that morning, have maintained correspondence with the founder to bounce ideas off each other on corporate culture and team building.

The next week, a friend invited me to do an organizational culture consultancy project for her company. The week after, another friend invited me to send in a proposal for his company to look at wellness and stress management. Then someone else gave me ideas on how to edit my LinkedIn Profile. I went to some community events and met a few new friends. The engine got oiled up each time, and slowly rumbling back to life.

The encouraging news was that there was no predetermined rail track to go down – I could build my own, change course, back track, meander, and wander.

I have not been paid for any of these projects or proposals. That was not the point. Although I wanted to earn a living again, the objective was not to become a billionaire or to buy property. The goal was to help people: inspire, impact, and influence.

Somewhere out there, a fuzzy dream of combining play and playfulness, use of objects, employee wellbeing, corporate culture, guest experience, and my passion for bossing people about and telling them what to do, into a career. Add that on to my writing, calligraphy, random ideas, public speaking…. and oh of course, playgroup time with Riviane…

Do not ask me how to do it, because I am only starting out. I hold on to the belief, in times of self-doubt, that I cannot fail, for it is all about learning. I will  put yourself out there, be prepared for mockery, rejection, dubious glances, confused stares, disdain, and unreturned emails or phone calls.

Once your vulnerability is completely exposed, the inner courage can shine through.

Put it all out there. What is the worst that could happen?

This post is dedicated to Ben, who did not let me surrender to my fear, and forced his team to spend three hours with me to to put what I have been thinking about into action, assuring me at every turn: Cannot fail! 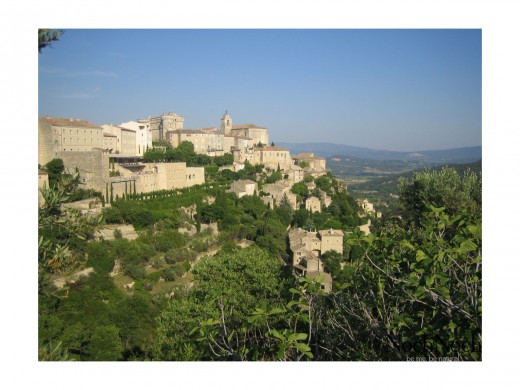 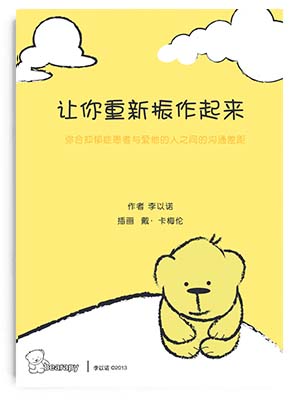