“There are two things cannot be avoided in life – Death and taxes.”

And even taxes we could evade, I had thought when first watching the movie two decades ago. So death is the only certainty, a message that has been with me subliminally since.

Do you remember Love Actually? The movie opens with Billy Mack recording a remix to “Christmas is all around us…” and failing to make the song cheesier than it was. Christmas is all around me. I even went to Christmas Eve service. We put cookies out for Santa last night and the kids were amazed Santa got their letters about what they wanted.

In these past few weeks, an acquaintance of a friend died of cancer, a friend of a friend died of unknown cause, a colleague’s family member was found dead just yesterday. 1.8 humans die every second, and every 40 seconds one of them die by taking their own lives. At a friend’s pre-Christmas gathering, her daughter sang a beautiful rendition of “Remember Me” from Coco, a movie about life and death. I felt the song in my bones.

Today is Christmas. Christmas originates from the birth of Christ, at least that was how I learnt it. We celebrate birth. We mourn death. But that is because we put them as opposites as if one is wanted and the other is not. With every birth there is a death. The day we are conceived, we are one step closer to dying. Birth signifies that we could walk towards death independent of the mother. Death is not opposed to life; rather it is part of.

No one seems to like to talk about death. Most people concern themselves with convincing me not to kill myself. Common reasons are because they would feel sad, they would miss me, and that I should not. None of those reasons make sense. It was about them, not me. And no one could explain to me why I should not – but that could be because I am brilliant at arguing. I did not do law school and mooting and debating to no avail.

I think we need to talk about death, ponder it, and wonder about it. 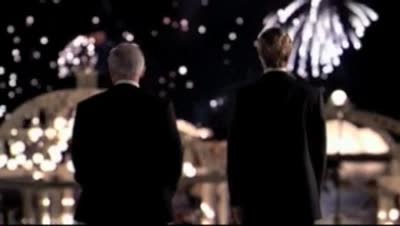 This morning, in my pyjamas and messed up hair, I tried to set up my gu zheng to see if I remembered how to play. I did. Then I got bored, and pealed through my stack of files on my desk to find the list I had written down with meticulous precision. It was a list of tasks I wanted to get done before I felt I could be free to end my own life. “Get my affairs in order,” as they would term it when talking about suicide prevention. I read through the list again: passwords for bank accounts, insurance policy numbers, school fee payments, people I would like Timmie to contact to let them know I could no longer fulfil my duties and obligations, apologies, reparations, last things to say that I could not bring myself to say in person. When I read through the list, I felt resentment surging for it looked like the items were all about others in making sure they would be okay and life would be still in order for them.

Part of me feels cautious in writing this very post. I feel I have a social responsibility to those reading. I would hate to know that any of my writing sent people over the edge. I feel compelled to reassure anyone reading this that I am not about to kill myself.

Do I say what is really on my mind? Not sure. But who the hell cares anyways.

I am a nerd. I like to discuss issues, and pretend to be intellectual and philosophical. I had one of those intriguing discussions with a professor who was visiting Beijing from Denmark a fortnight ago. I was grateful he seemed opened and interested in what I had to say. He laughed towards the end of our lunch, “You are so critical (or was it cynical?) of the cause you advocate!” I grinned. It was a recognition of the paradox I live. Maybe that is why I could not ever lunge 100% into the waters, for I do not fully believe in the cause; or rather I do not want to conform to how we go about the cause. I only acquiesce, and that eats me away.

If I only did one thing, just one, full on focus, what would that be?

Not sure about this either.

But I do think that as we celebrate birth on Christmas Day, in addition to presents and turkeys and pudding, we need to contemplate death. My friend started a project to do just that. You can submit your thoughts on death directly here. He might turn this into a book, he might not. It is simply, a conversation. I think it is pretty cool.

What is death to you?

Death is liberation. Death is a beginning. Death is independence. Death is release. Death is change – and we all want change of some sort, no? It is usually what people want around this time of the year, which of course is an arbitrary designation of time that someone, somewhere in history decided.

Suicide is having the courage to bring an end to situations that do not work anymore with our own bare hands, despite the pain it would cause to others and oneself. It is risking it all to sprint into the unknown with a glass unicorn.

That list of tasks, is not about everyone else. It is about me. It is an attempt to relieve myself of any guilt I might feel about the decisions I will make, the people I will abandon on my way, and the hurt it would cause them. It is an apology in advance for my self-indulgence.

And with this, three thousand, four hundred & eighteen days, and two hundred & ninety-nine posts since its inception, I lay this blog to rest.

Have yourself a Merry Christmas and a Happy New Year all the same.