Mostly I drive to get from one place to another, otherwise I take a taxi. After a meeting on Friday, I drove home. When the car was squarely parked in the basement, I sat there for a few minutes, listening to the radio playing Faye Wong. I decided I did not want to go home yet.

I drove out again, aimlessly.

I parked at the corner of some black building not too far from where I lived, sat there again, and listened to the radio. Eventually, I decided to go and walk around, as I had not been in that compound shopping mall before. I bought some grapes and kiwis, put them in the car, and wandered again.

I ended up at a small Japanese restaurant. I ordered what I wanted to see, and a glass of brown sugar plum wine.

My mind was blank, my heart numb, and soul bleary.

I ate, wondering if I tasted the food at all. A few sips into my favourite beverage, I suddenly remembered Beijing is zero tolerance to alcohol, so that means I could not drive home. I also contemplated whether I would take any of the medications the psychiatrist had given me earlier that afternoon. In 10 minutes, she asked me how my mood was, and based on what I told her – and did not tell her – she gave me the medication I asked for. No alcohol for a month if I took the meds. What really would the pills do for me this time?

I ate really slowly, listening to the Japanese originals of so many Canto pop songs that I used to sing out of tune to. Then I sipped some more the sour drink made paradoxical by the intense brown sugar. I swirled the glass around, and watched as the liquid enveloped the ice blocks, clinging and clanging to the side. I could see my warped reflection in the glass, refracted in the light.

Hold infinity in the palm of your hand….
Some are born into Endless Night

The meal finished. How could I get home? I had wondered. The mind could not compute—there were a million ways to. In Beijing, you could even find someone on some App to come and drive your car home with you in the passenger seat. At that moment, however, I could not find a solution to my non-problem. I gave up trying to think of one, and walked out of the restaurant.

I took the leftovers with me, walked to the car, put the takeaway containers in the front passenger seat, reorganized the grapes and kiwis and the boxes of medicine,  closed the door, locked the car, and started walking.

I knew I needed to go home but I had no desire to. I walked, not really knowing how or where to. There were multiple paths.

After some time, I found myself at the cross-junction on the southeast side of our apartment building. I watched the cars and traffic lights for a while. Mesmerized, I sat down on the bench on the pavement. It was cold, I could feel the bench freezing up my back. 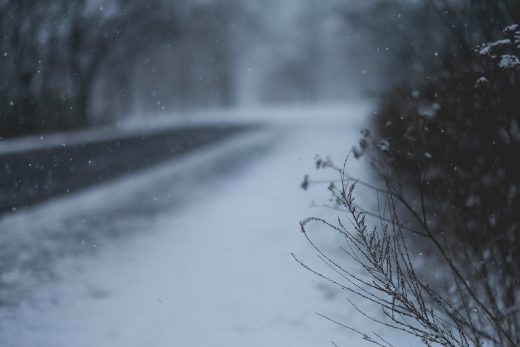 I continued sitting, watching the cars, watching the guy with the trolley at the corner of the street cooking something. He looked warm.

Were all stars to disappear or die,
I should learn to look at an empty sky…

People walked by, some looked at me, some too busy on their phones, some in their own worlds. A dog came by and sniffed me. Scooters going the wrong direction almost crashed.

I never understand why mood disorders are “disorders”. The diagnosis on my invoice said “anxiety disorder”. Did the psychiatrist even know whether I was anxious or not? She did not ask for any examples. I told her some of my other recent thoughts, she did not ask about them either. She wanted to give me a concoction of pills, and I got lost in all the different milligrams and effects each had.

The woods are lovely, dark, and deep…

A disorder would denote that there was an order somehow, otherwise it could not be dis-sed. The juxtaposition of order, normality, and the ultimate goal of these little white tablets versus my brain processes was clear to me, even though I sat in a daze, knowing and not knowing where I was.

Was I really in disorder? Because I was not following the usual order? Is my mood that disordered? What is this order this stranger who only knows me for 10 minutes would like to instil back into my chemical balance?

But I have promises to keep…

I sat on the bench for an hour or more, until I was found. I could not cross the road; we had to take an underground pass. I did get home, took a shower, still shivering in the cold, and woke up the next day with a sore throat and a runny nose.

My brain was clear, my mind still blank, my heart still dazed, and my soul numbed from inside out.