Last week, one of my good friends shared with me a life challenge she was facing. It broke my heart to hear of the pain she was going through. What pierced my heart the most was when she showed me the messages she received from other family members and friends. They told her, “Be tough!” “You need to talk to us” “Others will be worried about you.”

I swear I would take the plane and go hit these people on their heads if I could. It angered me. And it pained me.

So many people out there just do not get it, nor do they know how to respond. They want to help, and have the best of intentions, yet they end up unknowingly hurting the person even more. My friend’s issue is nothing to with the title of this blog post, but it did make me think of those who are told to toughen up when in depression, and to not take their own lives because then it will make their families and friends sad.

First off, “committing suicide” in itself is stigmatizing, for it makes it sound like it is a crime and wrong. It used to be, and now most countries have decriminalized the act.

Second, we tell people who have suicidal thoughts “don’t do it” because of the things they will regret, because of the sorrow it will cause others, and because how things will get better. The absurdity of asking someone to stay alive just so that their friends and families do not need to go through the grief and sorrow of losing someone seems lost on most people. It makes those who are contemplating ending their own lives feel as if how they felt then and there did not matter, or that they were wrong to feel so. No one seems to know that, at the point of despair and heartache, these responses only serve to push those suffering further down.

They suppress. Shut down. Withdraw. Ache inside on their own. Feel as if no one understands them. The cycle continues. Then the next thing we know, we hear of their funerals on Facebook.

What they need is someone to just sit there and listen to them, to ask them why are they feeling so and NOT tell them not to feel so, to let them cry, to let them be angry at the world without trying to make it better for them. Yes, they need help, from professionals and not from us loading our anxieties of potentially losing them on them. They are going through enough. 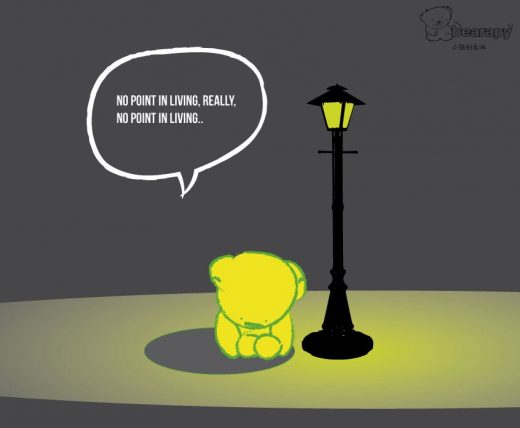 8 years ago when I was swimming in self-neglect, I had felt the same. Even if I got “better”, and so what? What was the point? And why bother getting better? 8 years ago, I did not even in my wildest imaginations and hallucinations, see myself typing these words on my computer. I was lucky. I had someone who simply stayed with me by my side and let me cry, who just kept me physically safe from myself, and who did not once reprimand me for wanting to end my own life. And then, one step at a time, I left those suicidal thoughts behind. Then I continued on the journey.

From personal experience to psychology research in playfulness. From near death to studying in a business school. From random classmates to friends who stood by me whatever my seemingly crazy ideas. From a few teddy bears in my bedroom to a full-fledged concept and idea to prevent burnout. From almost ending my own lives to now doing my part in preventing suicides.

Serendipity. All serendipitous. Even I did not realize the meanderings I took to find myself where I am, until a friend decided my story was worthy to write about as part of her business school project. I was flattered, and then did not think much about it afterwards.

A month ago, a representative from London Business School wrote to us and told us Bearapy has been shortlisted as a finalist for the Alexander Fleming Serendipity Award. I was shocked, and touched. The potential award itself is perhaps not as significant as the fact that my work is getting noticed. Because – all my vanity aside – I feel a shift in the world in that we are more opened to talking about tough topics as suicides, as depression, as burnout, as mental health. And I am most touched by it.

If you are reading this, I ask that you go to this page of shortlisted candidates and vote for me – it is a vote for suicide prevention, a vote for mental wellness, a vote in breaking stigmas, and a vote for all those going through hard times, that their voices are heard.

It is a vote for World Suicide Prevention. 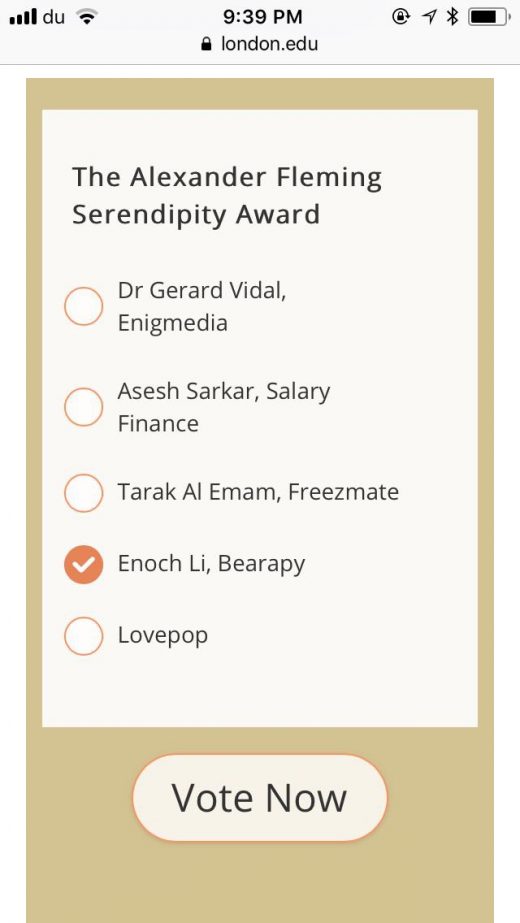