“Well, if you and Nochie did separate, what is the hardest issue to resolve?”
“Probably custody of the kids…” mused Timmie, “Oh wait, actually no, she definitely won’t be fighting for that!”
Two years ago, as Tim recounted this conversation between him and his therapist, we both broke down into hysterical laughter.

Recently, this anecdote came up in a conversation I was having with someone else. After my recollection and the chuckles to myself, the response I got from the other party was, “No mother in this world will give up their children!”

Curious. First, I know lots of cases where mothers had given up their children for whatever reasons. Second, when did I ever say I would give up the Little Goose and Little Dino? 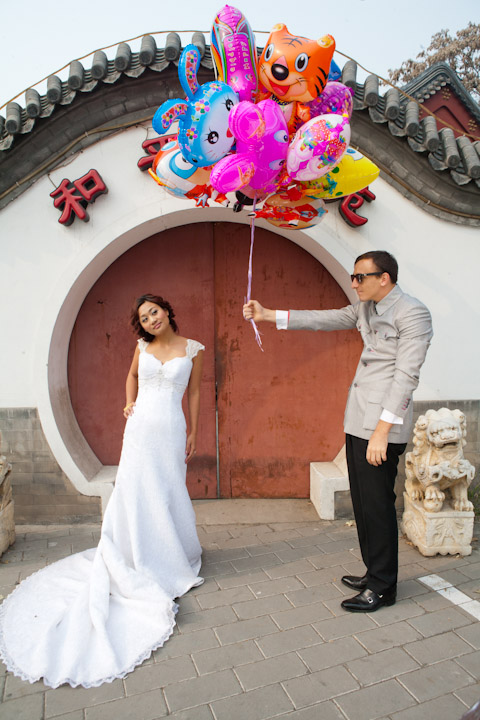 It does not surprise me that people hear what they want to hear, make their interpretations, and assume that would be the truth, such as making a leap of conclusion that not fighting for custody means giving up my kids. These unconsciously biased responses are understandable, so did not surprise me, but this anecdote made me realize something more about Timmie and I.

We have, to most, a way of being with each other that would seem odd to most. There is so much that only Timmie and I would understand, things which do not translate to others, who may simply dismiss us with “How can you say such things?”

I have had astonished looks when I shared that Timmie and I would tell each other when we were attracted to other people, “How could you say something like that?” or “How could you be attracted to someone else?” Of course we can, and we will. Everybody will. It is a matter of whether we admit it or not.

We explode on each other and drive each other mad in our tantrums and arguments, and yes, it scares Rivie at times. And, we process the anger, frustrations, disrespect, loneliness, and disappointments after each explosion, with Rivie, sometimes even during an argument (which makes me feel split as the tones of speaking change between talking to Timmie or Rivie). And then those who see us in fights tell us we must stop or offer unsolicited opinions, not understanding that all this was part of the communication channels that Timmie and I had established.

We judge with societal precepts, and adhere to frameworks set to us by others, and most times do so without questioning.

Even I am guilty of such.

The royals have stolen our thunder, but today is our 6th wedding anniversary. And we are not spending it together.

I had some work trips in the weeks prior and after this weekend, and Timmie suggested that I just stay in the travels instead of trudging all the way back to Beijing and then return to the same place a few days later, because he knows how tired I can get. At first, I refused the offer. I said that we had to spend the anniversary day together! Timmie said, “Well, that’s just what is expected, but we know what we are doing, and we can celebrate in our own way whether it is on the actual day or not.”

Such profound wisdom, reminding me that part of my journey through depression was learning to not be bound by societal expectations, nor rituals that did not make sense for me. And to at least, question why we do what we do. 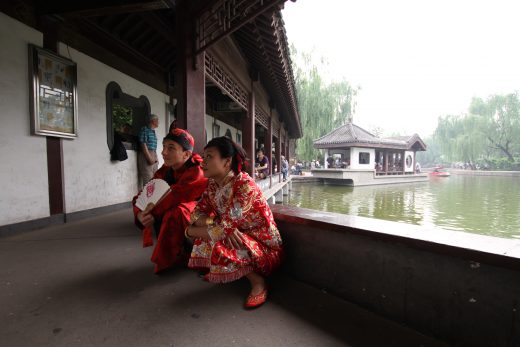 What gives me a peace of mind, despite others’ opinions of how we should (god I hate that word) behave in a marriage, is that Timmie and I know, we just know where we are coming from when discussing topics like divorce or extra-marital attraction that most people shun. In fact, I’d say that being able to talk about these things with one’s spouse makes the relationship stronger.

We have had 8 years of therapy. We have been through my near-death together. He has seen me like a slob. I have/am tolerating his mid-life crisis. He has lay there with me simply when I weeped. I take on his nonchalance and insecurities. We have no illusions that the next 80 will be any easier.

Marriage is an institution, a formality, a religious celebration, a verbal commitment, a legal document. We decided to go down that road because we thought the wedding would make a great party — and we could get these awesome photos done by our friends (Thank you Janek! Thank you Sarah!) ! Whether we had gotten married or not would not have been a deal breaker; we probably would still be where we are today family-wise.

Timmie and I are much more than marriage. We get on each others nerves. We walk out on each other. We argue (OMG do we argue!). We defend our self-pride with no reservations. We drive each other insane. Above all, we are soulmates, and together we are more than being apart as individuals.