Whenever I mention playfulness, everyone looks at me like I am crazy. But, a few usually entertain me and hear me out on how being playful helps with stress management. Bill Lu was one of these few exceptions who had the foresight to see that wellbeing is much more than physical health. He was one of the first adopters of Bearapy (and gave me so much support!) to help his team prevent stress and burnout.

For Part 3 of the Going MENtal – Men DO Get It series, here is some experience of the playing with Bill’s team.

In his previous role in another hotel, Bill asked me to run a playfulness workshop for his HR executives, because they were stressed to the limit, with a lot of work responsibilities on their plates amidst uncertain business environments and constant changes. They had been through a series of stress management workshops, time management workshops, and every kind of training possible. So how could I give them more skills than they already possess, and not stress them out by having to learn yet something else? 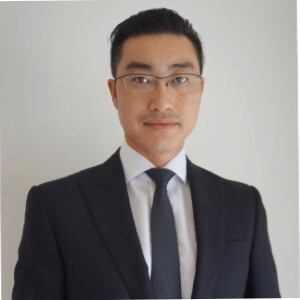 I decided to play with them. We spent 2 half days playing. No PowerPoints, no notes, no lectures. Only play, and then discuss the experience.

After some icebreaking and sharing, I asked them to take out the personal toys or objects they had brought from their office desks – some had a stuffed animal dragon, some had a card case, some had clay figurines. I told them they had to talk to their toys. They looked at me like I was out of my mind.

I asked them to think about an issue they were facing at work and to share it with their toys. The toy’s only response, was to ask “Why” to everything they said. 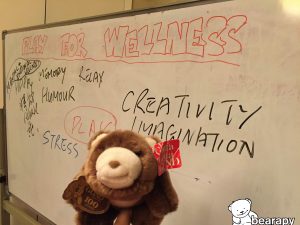 At first, they looked around in awkwardness, but one started and then the chatter began. They humoured me, and had opened minds to try what I requested them to – to use a different voice for when the toy was talking back to them.

Soon enough, the room broke into laughter as they started having conversations with their toys. Silly as it may sound, by the end of a 10-minute conversation, some found solutions to their own problems through coaching themselves, some were able to create distance between themselves and the challenge, see it as less magnified and therefore feel less stressed out. All of them had a good laugh, felt more relaxed, and reenergized.

During “play”, chemicals in our brain, neurotophins, are produced to encourage learning, improve emotional functioning, and reduce anxiety. Bill concluded, “This is a different approach to managing stress, and makes it more fun, relaxing. We were also able to come up with creative solutions in the process, and be reflective on our play histories to applying it to manage our emotions at work. This also helped to stimulate conversation and enhance team work for long lasting effects personally and professionally.”

AND, he gave me a great morale boost to continue developing BEARAPY! So thank you!!!