the luxury of lying on my back

The best thing about being not pregnant anymore, is that I can lay flat on my back again to sleep. The second thing is that I do not have to lug around a fortress of pillows, whether on swivel chairs or on my bed. For the last 10 months, I have had to sleep on my side. Those who have been pregnant would understand. It does not work well for someone like me who has had hip sprains.

So, the little thing in life, as being able to sleep on the back – or on the tummy for that matter – became such a prominent and significant luxury.

A simple change in perspective, something I had taken for granted pre-pregnant experience.

I had been feeling anxious since the birth, not so much how to take care of the newborn, but more so a sense of restlessness. I could not simply take a rest and nap when he sleeps. I was thinking about the projects and proposals I needed to follow up after “maternity leave” – if there even is such a thing for someone who runs their own business.

I was worried of being forgotten, that time and events would pass me by and others would take up opportunities in my place because I was catching 2 hours sleep intervals on my red chaise longue at home. It is a strange notion to tell a new mother to “recover well”, because recovering requires sleep, and sleep is one thing one does not get much of with a newborn. Already I am lucky with 3-hour stretches and domestic help. Such ironies.

I could lie down, but my mind was not resting. Aside from mapping out ideas in my head, I indulged in my OCD-ness to buy new bed sheets for the home, and being annoyed at myself for still not having put photos into albums since printing a load of them six months ago.

It seems like a constant chase for something to do, lest if I did not do anything, I would be unproductive and hence obsolete. A crave to prove my worth. A bitterness for things I had not yet lost. An insecurity of anonymity. An urge to be operational and to get my life back, realising with a sense of pity, that I will not get it back because changes have happened and new dynamics will ensue.

There is not much point to this post, except to keep the blog running, and a sideway reminder to my readers that I am still around, a plea to not forsake me while I am quiet and nurturing myself back to some form of rehabilitation from this traumatic experience on my body.

It will not last long, this time of “leave”. So, perhaps, I need to savour this period while I can because maternity leave will never, ever, happen again to me as long as I am alive.

The only drawback of being not pregnant anymore, is that I can no longer use the privilege queues at banks or airports with a bulging belly… oh, such first world problems!

Signing off, sprawled on my back on my bed… 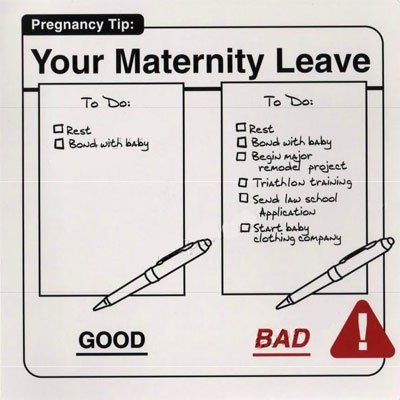