I am not reluctant to connect with my past. Contrary, I analyse the sh!t out of everything that I paralyse myself from making changes. However, there is one caveat: it made me shiver to have to face anyone from the past.

For a few years, I deleted everyone from Facebook, I had a panic attack if I walked past my old office, and I would get scared and hide in my wardrobe if I got a LinkedIn request from an old colleague. The last few months, however, serendipity had it that a few people from the past got in touch. At random events, I crossed paths with some who used to work in the same organization. I even reached out to a few when I travelled to cities where I knew they were based, and wrote lengthy emails to others. It was as if, the universe needed me to confront what made me fearful to fully re-emerge. Another defragmentation before I could continue rebuilding.

I could not sleep though, the days leading up to seeing some of these people in the last few months, or the night of. Memories were evoked, and my mind had to process the new data. In the midst of all these people from the past, I sensed my protective mask coming back on. I willed myself to take it off. I am what I am now, there is no hiding. I disengaged at times in our conversations, because I could not connect with what they talked about – it was a world that I am not interested in anymore (perhaps more accurately, I was in denial that it was a world that had rendered me irrelevant, and I was preventing myself from feeling inadequate…)

In the end there was calmness – or was this a refusal to let myself be emotionally available, to be vulnerable, to feel hurt again?

I do miss it at times. I admit an ambivalence – what if I had sailed smooth these last few years instead, what position would I be in? Would I have been promoted as well? Would I have done as well – or even better? A curiosity, but no remorse.

I wonder how it could have been that I felt so emotional towards some people in the past. Maybe it was the young naïveté, or the “quarter-life crisis” we had all gone through, that we now dismiss with awkward, embarrassed laughs, unable still, to name the feelings and be nakedly transparent with each other. However, I am certain that this sense of no regret was not a rationalization that I sometimes felt in my hater mode because others had something I wanted which I did not have. It was an acceptance of a new reality. It was an eerie sense of tranquility, so serene that I could see the wind.

It is as if I had finally crossed the river and settled a break up from some fatalistic attraction. It is as if I had finally mustered the courage to remove the coloured lens of illusions vain expectations. A melancholic realization that I do not matter to them, nor they to me. We are our own constellations in the system: connected, but not related.

This is not turning a page, this is archiving the whole book into the storage of memory, and there it will stay. I will flip through this book sometimes when I linger around the bookshelf, it is part of me and has made me who I am today. Grateful for everyone and everything.

I do not need to live a life that I thought others had expected of me.

Maybe, as Buddha says, we find peace once we allow ourselves to cross to  the other side…

And I can only cross if I am willing to, and take it upon myself as my responsibility… 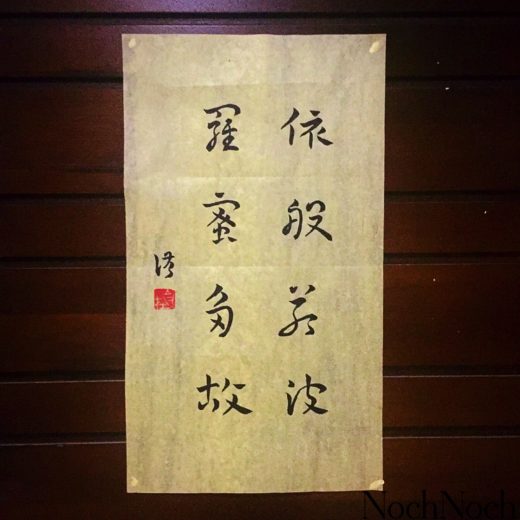