A year ago, I had the opportunity to find out some of my deepest, darkest secrets through my studies. I discovered that I felt inadequate all the time. A year later, I had the chance to do the same exercise again. The results was disconcerting – I was still struggling with the same challenge and feeling inadequate. The only variation was that I went a step further to identify that I assumed if I was inadequate, I would cease to exist.

The reflective exercise was adapted from Robert Kegan‘s theory on our Immunity to Change. In a nutshell, Kegan surmises that there is something we are protecting and therefore it is arduous to change the habits we so desperately want to; everyone has a “hidden competing commitment” that hinders ultimate change in behaviours and mindsets. 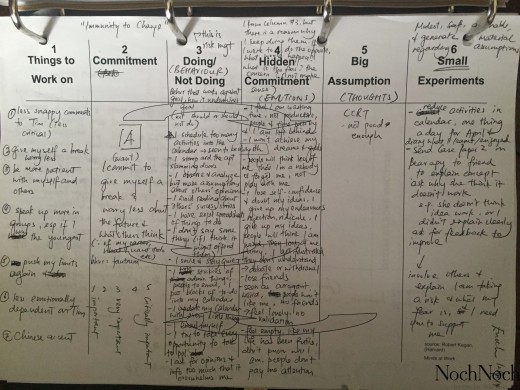 The behaviour I would like to change was to take more time for myself and to manage my mental energy. I knew that if I took more time to take care of myself, my being would flourish. Yet, time and time again, I fill my schedules with appointments, things to do, people to see. Why do I do the opposite of what was good to me? Why would I take care of others first at my own detriment? I was unable, to just be, to sit and stare out at the window, to feel my own being. I had to be running around.

In the exercise and analysis, I came to see that my hidden competing commitment was to not feel inadequate, with an assumption that if I were inadequate, I would cease to exist. If I filled my scheduled up and was busy, that was proof that I was valued and needed – I would then, become “adequate.” Thus, an addiction to being busy. 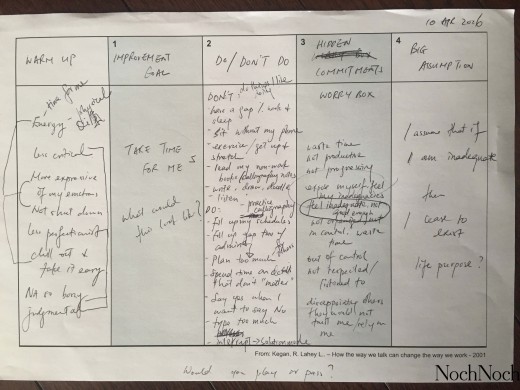 After identifying this assumption and hidden competing commitment, the next step was to take actions to challenge these assumptions. If I could dispel these beliefs, the theory was that I would be able to change my behaviours. I did not quite know how to formulate these actions, which are supposed to be small, reasonable, and in a safe space. Someone very wise suggested that I ask people to give me examples of when they thought I was inadequate.

Damned if I do, damned if do not.

One day, I had a spurge of momentum and emailed people who I thought would be kind but honest to me. Till now, not everyone replied, but some have, and have given me new insights into my fears.

One thing in a few different replies stood out for me: my “disengagement”. I did not engage at times in my encounters with these people., I was “professional”, or withdrawn, sat near the wall, had a blank look on my face. One gave me a powerful image of me hovering above the water, trying to stay above the waves, and how tiring it would be. 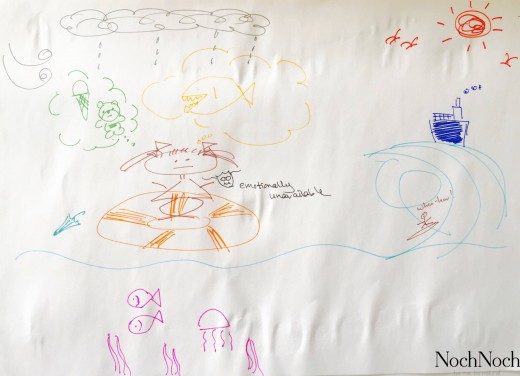 Not one person has found me (or have told me) inadequate – and indeed questioned me on what I meant by “inadequacy”. Where was my internal measurement on myself?

However, the common thread of their observations of me pointed me towards the “professional mask” I wear sometimes. A distance that I put between myself and others, to protect myself from the risk of getting hurt if I got too close, if I got dumped, if I depended on them and they left me some day.

I put up a mask of strength, that I was okay, that I could do it, that I would be fine, that I was able to survive on my own. The truth is, I was not okay, I could not do it alone, and I did not like being alone. It made me feel inadequate.

A year ago I also wrote a blog post about inadequacy. I got stuck there, and wondered if I should simply accept that I would always feel like that. Today, I amassed new data to work with, and to go even deeper behind the feelings of inadequacies: the fears hidden in my unconscious… But more about that later.

I am mediocre, but I am not inadequate.