I have a choice

A friend of mine is coaching me for her course. As we caught up the other day, she said she had a mental image of me running on a treadmill. I gasped at the unfortunate serendipity – I had just written a blog post about feeling like I was chained to treadmill.

She probed me as to the reasons behind this suffocation. On the surface level, I thought it was because I was giving myself unrealistic deadlines or pushing myself too much to build a new career.

In my verbal diarrhea, the enlightenment came: the treadmill represented fear.

Previously, the treadmill symbolized the rat race, the chase for vanity, and the craze for title, image, and meeting others’ expectations. However, I had thought I was able to leave some of that baggage behind. It was perplexing then, as to why I felt like I was still on the treadmill.

With the career identity experiments I have been doing in the last few months, I had fun. I played, I laughed. I got executives to talk to toys, talk at toys, do animal impressions, and open up. Yet, with projects, deadlines, collaborators, I felt like I was losing control over my schedule, time to rest, time for myself, and time to write.

In my subconscious, Little Nochie started to feel stifled. The same patterns from the past started to take over. Habits that I did not like – such as doing too much – resurfaced, as if etched into fossil stones. Little Nochie was feeling unsure of her grounds; ambivalent with seeming confidence about her new journey but uncertain about the path not trodden. Thus, historic shadows found the gaps and crept up from behind.

The feeling of being chained to a treadmill represented fear of the past, fear of the possibility that I could feel stressed again, be depressed again, and be unhappy again. I was petrified that Little Nochie would not have time to giggle, or doodle with her colour pencils, or write… I invested all the mental energy in protecting her and giving her the space and time that she needed, and when it became evident that her space and time was invaded, my system shut down in defense, and alerted me with the image of a treadmill.

Ah, but there was nothing wrong with running! The difference was decided where to run, when to run, how fast to run, with whom to run – and even if I wanted to flap my arms while running instead of the “accurate” posture I had learnt in school.

My coach friend reminded me: I had a choice. It was up to me to make a decision whether I let habits I did not like consume me once again.

Today, I have the awareness; back then, I did not. So, with this awareness, I could make a conscious choice.

And so can you! 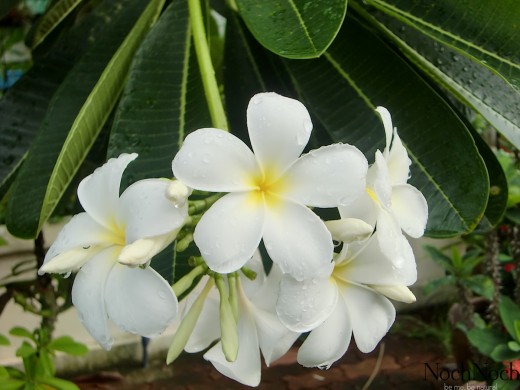