I like my Bears. They helped me through my depression. I projected myself onto them – gave them names and personalities that in retrospect, were facets of me. In the organizational psychology degree for which I am studying, I learnt that there was a theory behind this seemingly silly playtime with Bears: transitional objects, creativity, play, projection, play therapy…

Bearapy was born long before I could attribute any academic theory to it. Now that I have, I am eager to see if it could help others.

I have to write a thesis for the degree. I have not defined a topic yet but broadly, I would like to research on how, and if, I could structure a workshop for an organization, using the concepts of Bearapy, to build employee engagement, look at employee well-being, mental health, stress, and how that impacts a company’s bottomline in terms of employee productivity as a result. I would use the bears as an inanimate object, for the employees to project themselves and to create that psychological safety with the bears to reflect, deal with stress, and learn more effective ways of working in the team.

The point is not the idea. My question is: at what point do I stand by my thoughts, my hypotheses, and my beliefs?

Today we had a group coaching session where we discussed my paper and these ideas. It was met with general skepticism. I was told that perhaps the target group should be kids, or that it would not work in organizations, that it’s too new a concept.

My thinking behind Bearapy was that, the technique is not new, but play therapy is hardly done for adults or in corporates. Kids know how to play already. The time is to bring play to adults, to inspire their creative minds, and to find new methods of reflection.

I took on board my group mates’ opinions. They had their perspectives. I invited the feedback and questioning.

I was excited by my own ideas in beginning but as the coaching session went on, I felt deflated. Yet, somewhere inside me I had the instinctual belief that it could work, that I had an idea, and that it would help people.

Where do I strike the balance?

When is it a stubborn opinionated pride that refuses to budge and let go of a concept that might not work, versus a self-confidence that despite rejection would charge forward and conquer the obstacles?

Do they not say that entrepreneurs are so because when no one else believed in them or their ideas, they did not waver and therefore got to where they wanted when people gave up along the way?

I want to move forward. Where is the next step? 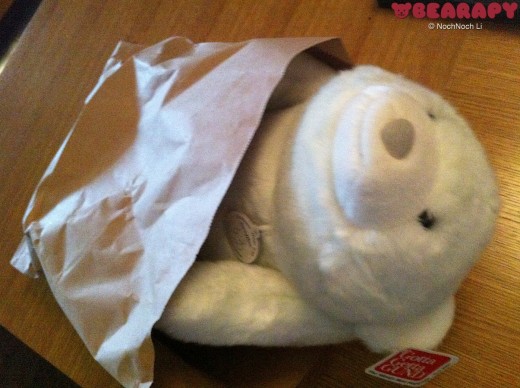