I was eating a raspberry jam donut a few days ago. After taking a huge bite and putting it back down on the plate, I noticed that jam was leaking from the other side of the donut. I was in hysterics – by myself at the table. I found it wildly amusing. I took a photo of the donut and put it up on Instagram, sent it to a few friends on WhatsApp, and shared it with my friends on WeChat (a China-based instant message / facebook service).

I captioned the photo, “The Pooping Donut”.

I did not expect the flurry of responses. I was only entertaining myself.

A few friends came back with responses as “so ugly!” and “so disgusting!” A few others cracked up with me, and got my sense of weird humour.

One friend commented, that the donut was having diarrhea.

A girlfriend said she thought it looked like the donut was sticking its tongue out at me instead, and a few others sided with her.

Yet another friend took a drastically different perspective and made me roll in my own tears of laughter. He said, and I quote, “He is not pooping, he is nose bleeding. The poor b@stard got some rough time with a croissant in the baker’s oven…”

One simple photo of a random thing as a donut, and I received comments from all different dimensions. Everyone has an opinion, a gut reaction, an impression. 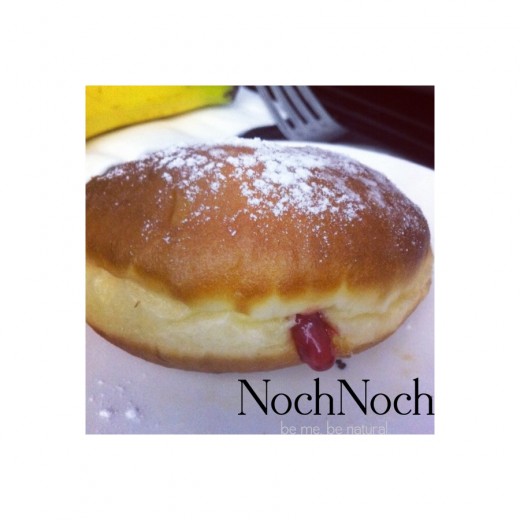 So it would be the same when I, or you, tell people that we have depression / anxiety / looney genes / crazy thoughts. Many readers write to me and tell me they are afraid to tell their families and friends about their depressive episodes, for fear of what the recipients of the message would say. Some lament about the rejection and judgment they had received after trying to share their feelings.

The point is not how other people respond – it is that you have tried to share and done your part in being honest and opened.

The rest is out of your control. So muse not over others’ judgments. It is not about you, it is about them and their own issues projected on you. We all have problems, but most of the time we think we know better when it comes to other people’s struggles.

I dare you: tell someone today. Call an anonymous hotline if you have to. The release of this burden you carry everyday is sensational, and is the first step to accepting yourself and who are you today.

Embrace yourself, all of you, every bit of you.

And laugh at whatever amuses you. Never mind if others do not get your joke – and be grateful to those friends who share in your amusement.

When all else fails, think of the pooping donut and laugh with me.