Yoyogi Park – the fragility of my being

This post is part of the Travel Series – reflections and muses based on the cities I have lived in or travelled to.

My departure was set from Tokyo was set for early June in 2009. For one last time that spring, I savored the chance for hanami, not knowing that all would change from then onwards.

Hana meant “flowers”, and mi meant “to look” in Japanese. It was a revered festive fortnight to appreciate the ephemeral beauty of the unique flower, the sakura, the cherry blossoms for which Japan was famous. The sakura would be in bloom for only a few weeks a year and the Japanese observatory would make accurate predictions in January, detailing which parts of Japan would see these fleeting flowers on what dates in Spring.
It was custom to gather with friends at the parks with an abundance of alcohol and bento boxes of sushi for consumption under the budding flowers. As it would be my last cherry blossom season for a while, I went to as many picnics as I could fit in with. As I lay on the picnic blanket, breathing in the crisp spring breeze, laughing with my friends, an uncanny melancholy enveloped me. The cherry blossom trees seemed to be waving a warning to me with their intertwined branches, to store up the giggles around me and to treasure the carefree time I spent with my friends. Unbeknownst to me, there would come a time when I would not see anyone for months. 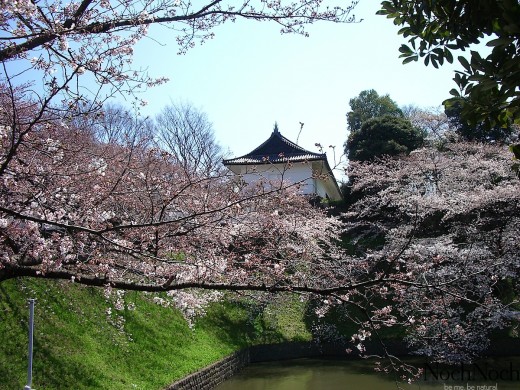 Of course, I paid no attention to the solemn reminder the transitory sakura was bidding me, that nothing was permanent. I could not be forever an energetic, impregnable and omnipotent young adult. The headaches were getting frequent, and the stomachaches had not subsided. Lassitude consumed my weekends. But I was too busy to notice the signs; my mind was occupied by the move from Tokyo to Beijing was, a next step up in my career. I was invincible.

Yet, I was anxious about moving in a few weeks’ time. Tokyo had been an abundance of joy and friendship for me. I spent my mid twenties working hard, playing hard. I could not imagine what life would be without this familiarity I had built up over the three years’ stay in Japan. Would my career go as planned? Would I get into Harvard Business School? Would Timmie and I stay together after the relocation?

There was an eerie sense of nostalgia as I made funny faces into the cameras with the boisterous group of gaijins. I drowned myself in ume-shu, my favorite plum wine, and flitted amongst people from noon till sunset under the shade of the flowers, sweeping away the fallen petals with any caution they whispered into my ears.