Following on the previous post, I continue to summarize the treatment methods I underwent for my clinical depression. The below is a quick recap and analysis of each method’s effectiveness on me only – each person could respond differently.

Acupuncture and Traditional Chinese Medicine
Being in Beijing I had convenient access to TCM and acupuncture. Yet, the problem was there were too many practitioners and it was hard to know who was credible. I went though many different doctors through different referrals.

TCM does not treat depression per se, even though it could.

The basic theory of TCM lies in the qi flow of the person, linked to the essential organs, and is dependent on the body type of each person, classified according to the elements of the earth: water, fire, metal, wood, soil. Depression was a result of a deficiency of qi in particular organs, or a blocked flow. Acupuncture aims to correct or increase blood flow and qi flow by stimulating relevant meridian points.

I took Chinese herbal potions – which tasted acerbic and bitter, and the black soup emitted pungent fragrance in the apartment. It was to supplement, maintain, and heal deficiencies in my stomach and kidneys, which would then regulate the flow of everything in my body and hence eradicate the depression.

I also had my fair share of lying in bed with needles poking through my head, between my eyes, wrists, elbows, knees, ankles for the same purposes.

Verdict: I almost always wanted to throw up after drinking the herbal medicine and did not persist with the treatment. I could not bear the taste. Acupuncture I have kept up after finding the most suitable one for me, and one who understood my wholistic situation. I have acupuncture treatment regularly at present, and treating a range of other symptoms in addition to depression.

In China and Asia, TCM might be readily available but I suggest going to someone reputable or trusted, or better still, a friend’s referral. In non-Asian countries, acupuncture and TCM might be more expensive and  might not be regulated like the Western medical profession, so please exercise caution. If not familiar with TCM concepts, please do some reading online or research, so you understand what the doctor is talking about in order to judge this method’s suitability to you.

Psychoanalysis:
Nightmares expended my energy and made sleep impossible. I would wake up screaming or gasping for breath. Some dreams were recurring, and some were new. In my dreams, I was either persecuted by monsters or attacked by butterflies, or falling through the mountain I was hiking up, split suddenly into two. Some recurring dreams I have had since childhood: I would see myself walking down a dark long road with no end, and street lamps lit on the left side, or riding through my neighbourhood in Perth and being followed by a red beetle car.

Freud’s theory surmised that dreams are glimpses into our unconscious minds, and was clues to our thoughts and innermost feelings. I believe dreams serve their purposes, and wanted to decipher my dreams.

I met with a psychologist who practiced psychoanalysis in Hong Kong. She explained her ways on tapping into our unconscious mind and analyzed a few of my dreams for me. For instance, the beetle in Egypt was a totem for change, so the beetle car could have been a metaphor for the insect beetle. Butterflies signified change through metamorphosis so it could mean my life was going through transition.

Verdict: I see merit in Psychoanalysis theories, but the dream interpretations I received seemed over generalized and wishy-washy. I did not feel it added to my understanding of myself, and some of the conclusions she gave me, I could find on the internet on dream interpretation websites. So there was no added insight. I had not tried to see another psychoanalyst since, but would give it another try should I meet one. 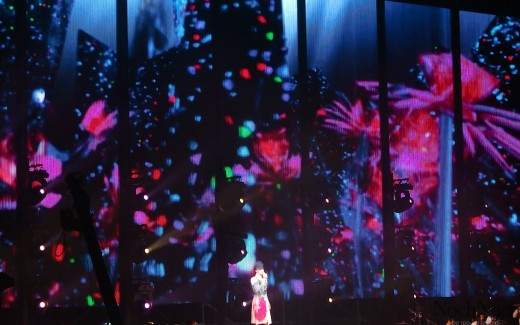 Meditation
I went to a few different meditation classes, including Zen meditation and meditation during Yoga. One sits, breaths, and focuses into nothingness. There is widespread consensus on the merits of meditation for everyone and lots of websites and organizations teach different kinds of meditation.

Verdict: It did not work for me. It just did not click. However, in my Chinese calligraphy practice, I sometimes go into a “zone” which I regard as my way of meditation. I have written about the experience on my blogger friend’s website here.

Writing
My psychologist suggested I record my thoughts or start a journal. Other people I have spoken to, and some of the expert advice I read online, also recommended writing as a way to release stress and elucidate thoughts. This was relatively easy for me as I started writing a journal since I was 7 years old.

Yet, finding the incentive to write on those days when I wanted to melt into the ground and felt I was stuck under 50 feet of snow, was not so easy. Nevertheless, there are bouts of anger and intense grief that prompted me to write and type with fury. Hence this birth of this blog.

Sometimes, as I type my posts, I experience “ah-ha” moments and realize, “oh this is why I think like this”. Writing helped me articulate my story and distress in the course of depression, and in the process, released some of the pain.

Verdict: I highly recommend writing. Or engaging in some creative activities such as painting, or poetry, or music, or anything else you consider worthy of your pursuance. Surprisingly, my worst depressive episodes brought about the most creative expression I have had in a long time, and urged me to write poetry and read literary classics again.

Talking about depression
With the birth of my blog, I became more opened to admitting I had depression. I was drawn a little out from my shell and explained to my friends. Slowly, it did not feel like such a big deal and I felt less ashamed of my mental health struggles. Some friends were enraptured by my experience and wanted to know more — I did not expect this.

It took a while before I could admit to my company’s managers and HR department however, for I was afraid to be judged and felt I was letting everyone down. But I had no choice for I was absent from work and had to be granted sick leave. Ugh, do not want to elaborate on this…

Nevertheless, being able to talk about it openly to our friends and family means we have accepted our situation. Acceptance and admittance is crucial to us seeking further help, being receptive to therapy, and thus, eventual recovery.

I know some friends and family members can be dismissive, but that is not your problem. We cannot make everyone empathize.

Verdict: I encourage you to talk about it. But do not force yourself until you are comfortable. Even with my blog, it took me a while to tell people about it and to publicize on social media.