In the previous three posts, I amassed a list of websites that provided online therapy and expert advice on treating depression and helping those around you with depression, shared a few things you could say or do when a loved one is depressed, and also explained why there is no set formula to recover from depression or assist others out of the plight.

To finish the series, I will share the different methods I tried in my treatment in the last few years. This is a mere summary and when I have the time – and energy – I will write more about each method in detail

Doctors prescribed anti-depressants from the onset of my illness, even when I was still in denial. I was extremely unmotivated and tired, overwhelmed by work and life, that I did not think much about it and took them as I was told. It had not sunk into my head that the medication I was taking was to combat depression. Thus, I had no initial response to whether I should or wanted to take them.

I was put on three different types of anti-depressants, one at a time, and with different dosages, to find out the combination that would give me the least side effects. During the time I was on medication, I felt drowsy most of the time, nauseous and sometimes vomited, felt shaky. I also had some illusions but not sure if it was related to the medication or simply to the illness.

Thus, anti-depressants served to increase the level – or stimulate the production of – serotonin in the body for normal functioning. My psychologist explained that it was necessary to bring the body chemicals up to a certain level, so I might regain some strength to attend therapy and work through the issues.

I waned off anti-depressants eventually, but even tapering off took a few months to gradually decrease the dosage. The body cannot be shocked by sudden stop in anti-depressants and must get used to it, so it will keep producing a steady amount of serotonin even without medication eventually.

Verdict – I would listen to my doctors or psychiatrist if they prescribed anti-depressants and take them as instructed, and also not suddenly stop the prescription but wane off gradually.

My doctor advised I see a psychologist right from the beginning. I dilly-dallied. Outright denial. Also, the first few psychologist I saw I did not like – I felt boxed up when they told me how I should be feeling or told me why I felt the way I did. They assumed it was moving to Beijing, work stress, adjustment issues etc. I was not entirely convinced that was the case, or the whole problem. I gave up seeing them but eventually got referred to the one I am seeing now.

He “got” me. I felt he was listening, and I appreciate the way he guided me to reach my own conclusions about myself. There were sessions where I just talked and he asked me lots of questions to find out the underlying issues, and then there were sessions where we followed CBT: to find out the thoughts and emotions behind the behaviour, and thereby change those thoughts, especially the negative ones, exaggerated ones, and irrational conclusions.

Verdict – CBT helped, and  is still helping me, the most. I think this is the solution to all the underlying issues, stress, and problems I had. It did not go through each problem but rather, I learnt techniques to reorient my thinking, or see things from a different perspective.

What I got most out of it, was improving self-awareness through allowing myself to embrace and experience the range of emotions, including the “negative” ones as anger, jealousy, sadness, hatred, and to discover the thoughts behind the emotions and understanding why I do certain things, a certain way.

However, therapy is not cheap and usually takes a period of time. First psychological consultation was in 2009 for me, and to this day I still see my psychologist. Intervals between sessions varies, depending on my state and severity of depressive episodes at that point in time.

Good news is that there are books in the market which can teach CBT for those willing to learn and practice. For an easy to understand explanation on CBT, check out Jay Uhdinger’s free CBT course. 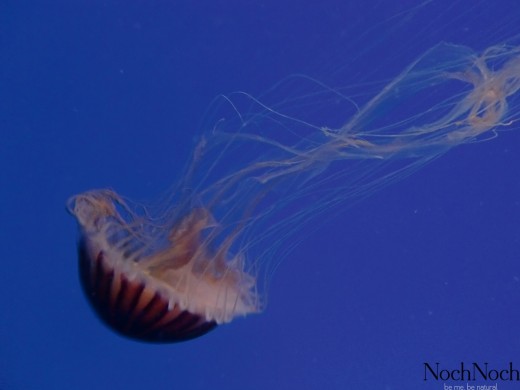 Tai Chi
I started learning tai chi last year, a form of Chinese martial arts. Some branches of taichi are combative in nature, but I am learning a softer style. From the outside, it looks like we are sweeping air. But the core is using the breath and energy from the ground, and connecting the flow of energy and breath throughout the body.

Verdict – I am still a student, but Tai Chi, even as a form of exercise is beneficial. I treat it as a method to calm down my frustrations and impatience. It has helped me become more aware of my body, limbs and the coordination between breathing and physical movements.

That’s all folks, for today. I will continue with the analysis of treatment methods I have received to date in the subsequent posts.

What are some methods that have helped you?