It is a pity one lands in the grand veneer of the new Chep Lap Kok airport in Hong Kong instead of the grumble of the old Kai Tak, huddled in the midst of rundown houses, extension cords and messy loops of telecommunication wires. The affluence, development, and prosperity that Chep Lap Kok stands for are but the façade every tourist and businessperson wishes to see. Peer behind, and one finds a stifling backstage.

to download their cargo into freight elevators. Topless men with bulging stomachs and towels around their necks unload paper boxes onto trolleys. Every inch smells of unruly sweat. Stand on the pavement for a second too long and you would be shoved away by a workman’s gruff to clear way for the toilet paper waiting to be dispatched to the supermarkets. After 12 hours of daily labour, they return to their sardined apartments, gobble down some rice, green vegetables, and simple meat dish before passing out till dawn to repeat the same routine. A few proactive ones might learn English with audio tapes for 30 minutes, in hope they one day be promoted as manager of the godown.

The struggle is constant. Hong Kong overflows with people trying to get ahead and to create a better life – defined by most locals as “make more money, buy a bigger apartment.” Competition and rivalry infiltrates the air we breathe. From a humble fishing port in the beginning, Hong Kong transferred into a major financial center and trading port under colonial rule. After the wars, opportunities were plentiful and saw a period of self-made tycoons and businessmen. However, 4 decades later, the city is saturated. A few billionaires own 90% of the real estate, retail developments, petrol and even your neighbourhood convenience stores. The 10% is left to the bankers, lawyers, doctors, and accountants, of whom many are expatriates. 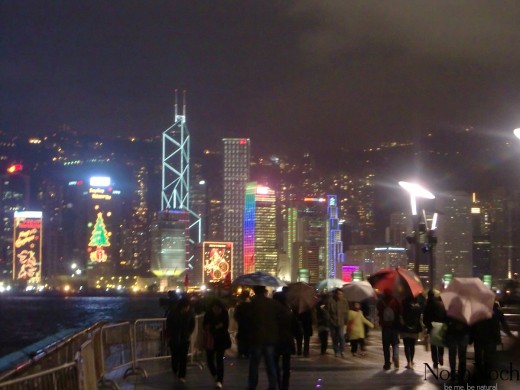 What are the locals left with, then? They must fight to be entitled to dip their fingernails into the pie. How? The only route they know is by education and literacy. More examinations, more tests, more awards, scholarships, and internships to get into the best program in the best universities regardless whether one enjoys the actual subject matter. One must not disappoint the parents who took an overtime job after a day at the depot to be security guard throughout the night just to make an extra few hundred a month to put the children through private tuition.

I did not want to disappoint either. I did not profligate the hopes on me. I achieved with sedulous ambitions. I broke into the pie and became an expatriate myself, enabling me to relish in material goods I had never been able to afford.

Until it broke me.

It would be a futile attempt to distinguish nature versus nurture in my competitive streaks – I could have been born with the DNA to be a high-achiever and perfectionist, or it could have been the humdrum of Hong Kong’s culture and education style that moulded me into such a person.

Yet, is an achievement-focused society wrong? What would be erroneous with progress and improvement? How could one admonish parents and teachers whose intentions were for our best?

We were all trying to survive. But let us not be suffocated by mere achievements; we could strive for aesthetic appreciation and pleasure too after climbing Maslow’s bottom three layers – but is this also considered an achievement focused activity?

What do you think?