10 things to say to, or do with a depressed person

In my last post, I explained my rationale for not being able to stipulate a table of formulae on what to do to help oneself or loved ones out of depression. Each situation is specific to its contributing factors. However, I will consolidate here some of the things that were said to me or done which relieved me of my pain, albeit temporarily.

The longterm solution is, in my opinion, to find the root causes of the stressors and factors behind the depression, and confront and resolve those issues.

Nevertheless, here are few things my friends have said and done which have helped me:

This made me felt I had someone to hold on to, even though I had no strength or desire to talk to anyone. The thought of a friend who would not forsake me, reassured me that I was loved despite my destitute circumstances.

Instead of asking “How are you?”, to which the response would inevitably be “Sh!t” from me, my friend Slo simply sent me a message every day to talk to me about irrelevant topics. Modern technology definitely made it easy and inexpensive. Even though this had nothing to do with my health or depression, these quips distracted me from my consistent drone of crying bouts and stimulated my curiosity to poke my head from under the covers.

My husband just lay beside me when I sprawled out on the living room carpet wailing, crying, and choking. He brought me tissue paper, and hugged me. He did not ask me why, or tell me not to cry. He just sat there with me. Then I got tired from crying and fell asleep, and when I woke up, I felt an increment of release and comfort.

My thoughts were undoubtedly irrational in my worst depressive episodes. I lamented about life and complained about every menial aspect. I had no confidence in myself despite my so-called achievements (see, I still do not have enough confidence in myself). I had no hope. Every day I told Timmie, there was no point in living, work sucks, I hated myself, and I would prefer to rot at home instead of go do some exercise.

In the beginning, Timmie tried to reason with me, and gave me evidence how living could be meaningful, how I could help others, how I could change jobs, and how my worries were exaggerated. He tried to paint the comparative picture for me, that I had a blessed life and many things for which to be thankful — I had a counter argument for every point he raised. It deflated him, and made me feel worse and guilty. Eventually Timmie realized that when I was spiraling in my thoughts, reasoning with me was not going to help. I was not looking for a debate.

What I needed was empathy, or at least sympathy – and reassurance that it was fine to feel the sadness and frustrations I felt.

It was key that I could embrace my emotions in the first place, and not be guilty for feeling them, for only by acknowledging my emotions could I then decipher my thoughts behind them and find ways to cope with the emotions.

I had illusions of a man dressed in a black cape and hat spying on me. I also saw ghost children running around on top of cars. I was convinced I spoke to Angel Gabriel as he visited me in the bathtub and I kept waiting for Elijah’s fire chariots, staring out the window for ages. No one else could see them. The temptation for anyone not suffering from a mental health problem was to discount them and tell me they were not there. Whether they are there or not was not the point. Trying to get me to question my visions made me feel worse about myself. Plus, who was to judge and say for sure spirits do or do not exist?

Whereas, if you affirmed my belief, even though you might not be able to see the same things as I did, it could help me trust you, and that you would not ridicule me. It would help me talk about what was going through my head. Only through opening up could I get better.

Usually my response was “No.” Nevertheless it made me cared for, and on the rare occasions it awoken my appetite and I would munch on something. It meant a lot if you put it in context that I had lost all interest in food and about 20kgs in weight over the period. I did not have enough nutrition in the body and hence no vigor to do anything. Getting me to eat was an achievement, which steered me towards getting stronger.

This might be particular to me. I had a Gund Snuffles bear which became my companion and my solace. He would always smile the dumb smile at me. To lure me outside for a walk, for at times I would stay indoors for 10 days straight, Timmie used something that was dear to me to attract me to be active. He suggested taking Floppie to the park, or to take pictures in the snow. This ignited some interest in me, and I was motivated to throw some old clothes on and go outdoors. Going out then added to the chain effect, and combined with the little things above, encouraged me to open up and seek help.

In the same way, maybe you could invite your friend for a game of basketball, chess, badminton, hike, movie, or whatever their hobbies were. You might need to keep inviting them for depression makes one lethargic and unmotivated, and most people lose interest in activities with which they were engrossed previously.
Bringing Floppie out to play and taking photos eventually developed into my Bearapy project – and a whole collection of Snuffles. It stimulated my creativity and pushed me to explore my creative potential.

My denial period was umm, ultra long. Even when I saw a psychologist who told me “you are severely depressed and need to put you on anti-depressants” I refused to see I had a problem. Without admitting there was a problem, then of course I did not seek to resolve it. My husband (then boyfriend) had an advantage in that he lived with me, and he physically dragged me out the door, into a taxi, and escorted me to the shrink’s office and made sure I stayed there. He also forced the medication down my throat by administering them every day.

However, this becomes difficult if you do not have that authority over the person suffering. In some cases, the authority and forcefulness could backfire and make the patient retreat even further into his or her shell. In those cases, I suggest leaving the option to him/her. You could provide them with the resources on where to seek help, but the decision lies with them.

In the event you think they are going to harm themselves, my suggestion is to reach out to the local counselors or suicide prevention centers closest to you. Most of them have hotlines to call and they could give more concrete advice depending on the situation and the behaviour you observe of your friend. My husband called a local hotline without me knowing in the prelude to my downward spiral when he suspected suicidal tendencies, and the experts told him what signs to look for and what to do – which was to accompany me at all times possible back then.

Just a cuddle, a bear hug, and sit next to me. It was soothing and calmed me down.

I hope the above sparks some inspiration on what one could do and say to help a depressed loved one. Part of it is intuitive of what you think you could do, and also depends on the personality of your family member or friend.

Would love to hear your feedback on what works, and what does not – so we can also share best practice and continue to help each other! 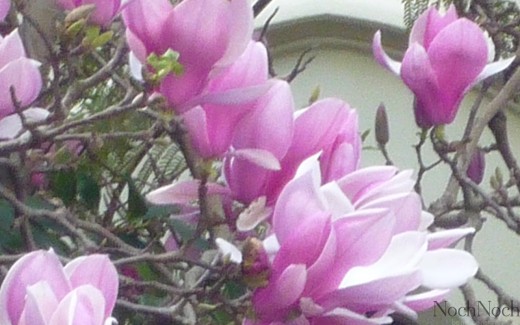