how the 4-Hour Workweek ruined my life

Tim Ferriss ruined my life. Tim Ferriss aided and abetted my sink into clinical depression. The 4-Hour Work Week was the “culprit” to my suffering and agony in the last few years. Reading the book was the tipping point and triggered chain reactions I could not stomp out — for the better.

Timmie recommended I read Tim Ferriss’ book, The 4-Hour Workweek, when we were still living in Tokyo. It was a sunny Saturday afternoon and I was sprawled on my bed with the computer, punching the keyboard with furor as I attempted to drum out the MBA application essays. What was a failure in my life and how did I deal with it? How did I show my leadership? I encountered a mind block and went for a tub of icecream with a loud groan. Timmie was engrossed in a book on the couch. I went over to bother him and asked what he was reading.

He said, “The 4-Hour Workweek, you should read it.” I took the book in my hand and read the back flap, then flipped through the first few pages. I sneered. Some dude who thought he was better than anyone else. What happened to honest work and salary? I was not convinced of his philosophy and threw the book down on the couch. Smirk.Timmie

Timmie prompted, “Well, read it when you are bored. I like this guy, we were born in the same year, have the same name and he’s doing everything I want to do and living the lifestyle I want.”

I swore silently, “Lifestyle? You mean Harvard Business school alumni and then making a few millions a year as CEO in some big international company?” I dreamt of retiring early with millions in my account so I could go travelling around the world. Goodness knows what I thinking that I needed a MBA in my pocket to simply, travel.

Timmie shrugged and we both went back to our respective endeavours. I was obsessed with my trophy filled life to allow a different thinking into my mind. I did not even know what blogs were then.

However, a few weekends later, feeling lethargic and unmotivated to edit my essays for the 85th time, I crossed paths with the fatal book again. Timmie had left it opened on the coffee table, with highlighted scribbles all over the pages. I took my tub of icecream with me and glanced down the notes.

Then I started reading it from the beginning with spray of cynicism. A story of how a nobody created automated income through an internet business to sustain his preferred lifestyle – travelling around the world comfortably (not merely surviving), learning languages, spinning tango, hurling etc. He would work a few hours a day to make sure the business was on track, and everything else he outsourced to virtual assistants. He had the rest of the day to play and do whatever else interested him at that time. And he had a best-selling book that was translated into 35 languages.

I had always wanted to write a book. But I had not even written regularly in my journal for months since I had started my corporate job. Fatigue consumed me after work each day, and I did not even want to pick up a pen, let alone write. I just wanted to sleep even though something at the back of my head tickled. I had ignored the inkling.

As I continued reading the book, I looked at my own life and wondered what I was doing. I had so much conviction that my path was the best: I had a luxurious expatriate package, and was on the road to vindication and victory once I obtained a Harvard or Wharton MBA.

I was empty inside, filled only with titles, awards and bonuses. I worked to save money to go on holiday, when inevitably I would get sick for a few days. Then I would come back to work to make more money to look forward to the next holiday. I enjoyed my work and had a good manager. I thrived and learnt. I was motivated. I achieved.

But I was not happy. 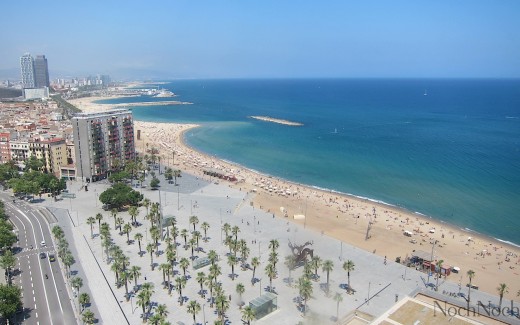 Next to Tim Ferriss, I had achieved nothing. I had only thought about applying for jobs and climbing a corporate ladder. Never in my life was I encouraged to think about starting my own business or find a job I loved – we were taught to take the jobs that paid the most. Suddenly, my cushioned path did not look so appealing. My well-planned, rainbow-coloured life shattered into kaleidoscopic pieces, except that the patterns formed were not aesthetic at all. I felt like crap.

I pushed the thoughts out of my head and willed myself to focus on finalizing the business school applications.

Yet, the seed had been sown. The rippling discontent I had towards my life had awoken from suppression. Tim Ferriss reminded me that there is life beyond life, and that I could do what I want to, instead of following the trajectory laid out for me.

The discrepancy between what I did well and what I actually enjoyed doing became more apparent.

Oblivious, stress grew under the cold waters. The pressure to excel at what I had always been doing injured my mind and body. So I collapsed.

I forgot about the book for a while. Fate dictated that I picked up the book again in Beijing when I was on sick leave from depression. I re-read the book, and again I wondered: what would I do with myself from then on?

The 4-Hour Workweek and Tim Ferriss’ blogs are stories of people who have “made it” and transformed from the old life to accomplishing something they wanted. These are stories of people who have identified a lifestyle they enjoyed, and spent the time enjoying it, financing the likes in ingenuous ways. Everyone likes to know about someone who has overcome a challenge. Mine was depression.

But have I completely overcome it? If so, then what am I doing? What I have to show for overcoming this challenge? I am not sure. But it does not bother me.

For mine is a story of someone who is “making it.” One day I will change the world too, and for now I am healing, and transforming.

I want to impact, influence and inspire. That is all I have figured out for now. And that is enough.

I “blame” Tim Ferris for breaking down my life plans, became clinically depressed, lost self-confidence, and now have a story to tell.

So thank you Tim Ferriss, for ruining my life – so I might build a new one in the way I want.

You can live the life you want too. Work on it.

Read his book at your own risk.

Have you read the 4-Hour Workweek? How has it changed your perspectives?