Dating back to Socrates, he was quoted to have said, “I am not an Athenian, or a Greek, but a citizen of the world.” So am I. But a rather lost one.

For a while, I prided myself as geographically mobile and open-minded. I wore expatriate like a badge on my sleeve. This was a dynamic world that I was fortunate to participate in and influence in some small way. Yet, as a citizen of the world – or am I a global citizen – I am not sure to where I actually belong.

A friend of mine, Sara at The Global Us, kindly invited me to be a regular contributor on her blog, which aims to discuss globalization from a sociological point of view. Writing for her has surprised me, for it opened up yet another dimension of introspection. I had not thought about looking at my depression from a globalization perspective until she challenged me.

So, I found another path to increasing self-awareness, through pondering a complicated concept of globalization.
International relations, sociology, anthropology and other education domains all have different definitions of “world citizen” and “global citizen”. To avoid overcomplicating this blog post into an academic journal article, I resorted to the most straightforward, albeit a lazy, source – Wikipedia.

To contrast between the two, world citizen usually denotes one who “disapproves of traditional geopolitical divisions derived from national citizenship,” whereas global citizen is more closely connected with concepts of globalization, where our duties and responsibilities are owed to the world.

Rather confusing. Either way, let’s take it to simply mean someone who has lived all over the world. Someone like me.

Every now and then I go home to see my parents in Hong Kong. But is Hong Kong home simply because that’s where I was born, and was raised mainly, and now where my parents reside?

Sometimes I am disillusioned to think that I belong to the cyber interface of Facebook and Twitter, where I live vicariously through my friends scattered all over the world.

Or is home, Beijing, where I live now with my husband, my puppy and my bear collection? In the physical literal sense, maybe.

But is this where I belong? 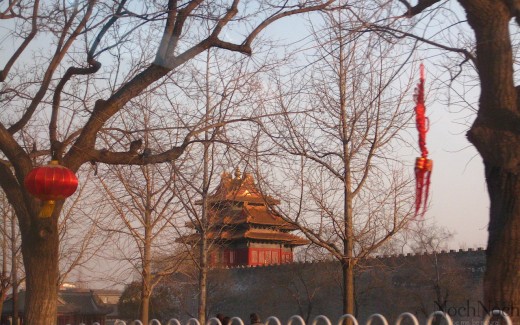 Abraham Maslow might have an explanation of why I feel I have not progressed in my self-awareness of who I am and what I want. If he were having coffee with me right now as I type, I’d imagine that he’d tell me I was stuck at the “Belonging stage” in his famous Hierarchy of Needs.

In psychological theories, stage theories are those which stipulate one must attain the first level before progressing to the next one. It is a procedural process and one cannot skip any levels or go through the process in a different order. These levels are thus, the stages we travel to one after another.

Maslow first introduced his concept of a hierarchy needs that can be generalized to all humans in a paper he wrote in 1943, “A Theory of Human Motivation” and subsequently in his book, Motivation and Personality in 1970, published by Harper & Row. This theory surmises that as people’s basic needs are fulfilled, they move on to other needs, and that these needs are generalized in 5 arena. Most do not digress from this process.

The usual representation of this theory is a pyramid. At the broad base, people first seek to fulfill their physiological needs such as food and water, and the air we breathe. This is the primary physical instinct that sustains life, for without life, nothing is possible.

The second stage is the need for safety and security. In the modern society, it means a roof over our heads, physical safety from harm, employment and things such as medical insurance and health.

Once these two stages are satisfied, the human seeks then to gratify the need of Belonging and Social Activity. This calls for romantic relationships, friends, and the sense of belonging to some group affiliation or community. This is where I am a bit stuck, and thus have problems with attaining the next stage of Maslow’s pyramid of needs.

In the normal process, one would then progress to fulfilling Aesthetic and Esteem needs, such as gaining social recognition, which reflects on self-esteem and personal worth.

The end goal, according to Maslow, is to attain the last stage of Self Actualization, where a person can grow and develop to achieve maximum individual potential.

This model has since been expanded upon, revised, reworded over the years, but nevertheless the big ideas hold true and is one of the influential theories of psychology.

Now, turning back to the expatriate life. Assuming we breathe, eat, drink, and sleep properly with a roof over our heads and have some sort of security, the fact our social circles change every few years brings about my difficulty in staying stably at the stage of Belonging. In my host country, i.e. where I’m temporarily living, I am not home for I am considered to be a foreigner. When I go “home” to where I grew up, I am not home either, for I am not considered a pure bred local anymore.

So what is this jumble mumble identity we have after moving around? Where do we belong to? Ask any expatriate, “where is home for you?” and you would more often than not get a few awkward moments of silence, a slight stammer, a murmur and then the cliché answer of, due to moving around so much, home must be where the heart is.

As you work and socialize with the citizens of the country you adopted for your expatriate life, you develop a sense of belonging and you rarely remember that you have another country or culture; particularly if you have spent a long time in a certain place. You may think you have mastered the local language, the history, the culture nuances of the local people and their culinary tastes, but then by the time you think you have become fully blended and integrated, an innocent fleeting comment or a subtle gesture may jolt you awake and make you realize that integrating is not like being…

Expatriates never completely belong to where they live. And yet where we were originally from also seems to have abandoned us who hide behind the glamour of a jet setting life. Whenever I go back to Hong Kong, I am at loss for the current slang, the most popular TV shows and what is considered “cool.” I also feel as if the society hasn’t progressed and miniscule problems bring people to the streets to protest and I wonder why people are more concerned over a government official’s mistress than they are about the dying children and abandoned elderly in the poorer areas of Hong Kong. Either way there is a disconnect; what was once home for me, felt like Atlantis.

Going home is not so easy. Joanna Parfitt wrote in The Telegraph many years ago a phenomenon that still holds true.

When we repatriate, particularly if we return to the same place we left a few years earlier, we discover that we don’t fit in anymore. No one is interested in our stories and we become acutely aware of ourselves every time we preface a sentence with the words: “When I was in”.

Not only that; the executives who repatriate also find themselves unable to readapt to their former offices. The Brookfield Global Relocation Trends Survey found that on average 38% of repatriates voluntary quit within the first year of returning to their home country.

Nicole Le Maire, an international human resources expert with Human Resources Global, observes also that young females who live and work abroad often do so “at the cost of meaningful relationships and a sense of belonging.”

In fact, we are all homeless bodies. It is a vacuum of limbo land, for we are neither here nor there. Some feel slightly lost. I feel extremely confused and feel like I have been abandoned in the middle, being able to slide one foot in the door of different social groups, but never quite manage to get both the feet in, so let alone the whole person. Expat Harem says it quite succinctly: “coming, going, never quite arriving.”

Wherever we are, we all need to feel wanted, needed, and involved in some sort of community. Yes, there are gazillions of expatriate clubs and associations, but could these be our home?

Said in Maslow-speak, we have no sense of belonging, despite, ironically, we have achieved world citizenship and a butter thick slab of visas stuck on our passports.

Said  in Maslow-speak, an inability to find my sense of belonging resulted in a break down of my quest for self-actualization. Maybe this is gap of identity was another reason for my depression.

What stage of Maslow’s hierarch are you venturing towards?

First published on The Global Us