for me the bells toll – taking a break, getting married

[16 May 2012 update: I know I said I won’t be online these few weeks and I have been doing quite well keeping my promise. However, May is Mental Health Awareness Week and I would like to offer my modest contribution in support of the Mental Health Blog Party organized by the American Psychological Association.

So I decided to come mid-way: I am now updating my blog to participate in the Blog Party – but not with a completely new post in agreement with myself to take care of my health and sanity.

Therefore, please excuse the fact that I’m updating only to direct your attention to a post in the archives, “10 things not to say to a depressed person.” Nevertheless, this article tells my story, and hopefully does its part in explaining depression to those who don’t understand it and in relieving the skewed perceptions some people have of mental illnesses.

And for now, I’m going back offline to allow myself to focus on myself, especially with only THREE days to go before the wedding!]

I have been down with a humungous migraine this week. Despite my warning to myself with mini headaches in the last few weeks, I was obstinate and tried to push myself an inch further. I heard my body’s warning signals, but did not listen. And so, again I was bed bound.

There was nothing I could do except play with my bears and my dog Bamboo. I got worried and more frustrated at my migraine for it prevented me from writing and fulfilling obligations – I had promised at least three other websites I would write them a guest post by the end of last week. I don’t like failing people’s expectations. It was ;a vicious cycle, the more annoyed I was at myself, the worse my migraine became, and I’d get doubly upset at my weak physique.

We have also been busy preparing for our wedding. Timmie and our wedding planner friend have been doing most of the work for they knew I was not in my strongest state to do much, but I wanted to take part in the planning. Thus I was overwhelmed with decisions to make in addition to my non-writing state.

Yes, Timmie and I are getting married. 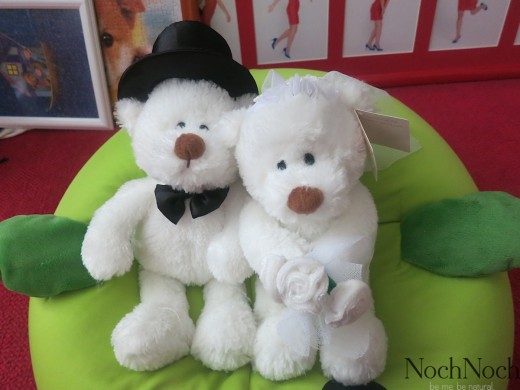 Mid-May four years ago, I had just finished my exams for a Masters in Law degree while working full time. I was in my mid-twenties — my omnipotent, invincible years and at the peak of my career. I hosted a house party for friends just because I could and wanted to. I had about 100 guests and I bumped into one of them at the dining table. I did not know him but he had come at the invitation of a mutual friend. I greeted him politely and sauntered off to welcome other guests.

Serendipity had it that we never crossed paths prior to that house party even though there were multiple opportunities given our mutual friends. Fate also dictated what I thought would be a two-month fling became a long-term relationship. I was supposed to be leaving Tokyo right about the time I met Timmie but instead I stayed on longer for work, and eventually we moved in together, and moved to Beijing together for my work three years ago.

I saw him through some of his difficult times in this career path, and Timmie made sure I stayed alive and every day he is gentle towards my depression. Many times we thought we would break up because it was overbearing on our psyches. Yet, each time we managed to find a way to break the spell. We went for couple therapy and pre-marital counseling, we argued, we debated, we joked. We even got a puppy together.

In exactly 14 days we will be husband and wife. In two weeks, we will exchange vows to promise our undying will to annoy each other for the rest of our lives.

And so, I have decided that wedding planning – and resting – will come first for these next few weeks. Writing will have to take a back seat despite it being therapy for me. It is not enough to simply reflect but not change any of the habits I have decided to change.

My apologies then, my dear readers, that there will be no updates on this blog for a few weeks and I may not be able to respond to comments and emails promptly.

One thing at a time.

First off, take a nap for my migraine.

The bells will toll for me.

Wishing you all well.