Tell me, when does anything go according to plan?

I planned to be married by the year I’m 28; I didn’t meet the person I wanted to marry until I was 28 – and I’m way happier now with him than anyone else.

I planned to graduate with an MBA in one of the top 5 graduate programs in the world; I turned down offers to move to Beijing for my job – and I finally realized I didn’t actually want to do an MBA, it just sounded cool to be Harvard alum.

I planned to be a writer when I was 15 years old; I spent the next 15 bumming around the world, forgetting my passion to write and create – after all these turns and detours, these 15 years actually became content for my writing, and look what I’m doing now! 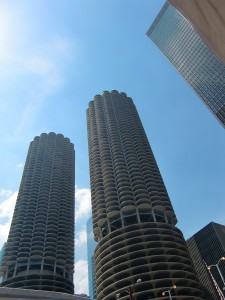 I planned to stay in a corporate job only for 3 years and then go back into international law and development; I stayed 7 years and got sick and nearly killed myself – suddenly I realized all this experience reaped from being an international executive is highly transferable to any industry, including international development.

I planned to go to the US for undergraduate studies; I ended up staying in Hong Kong with a year in Paris – which eventually gave me a posting with work in Paris again and I’m now fluent in French.

I planned to go to live in Argentina; I went and had a good time seeing my friends – but realized that all I want is a home and to stop moving around the world every 2 years.

I planned to work in an NGO after quitting my corporate job; I volunteered for NGOs in the last 7 years as I worked a corporate job – and eventually discovered I don’t actually want to work in a NGO setting.

I planned to study psychology in university; I studied international law and politics instead – and enjoyed it so much I wanted to pursue a career in this field eventually. Plus, I’m getting a dose of applied psychology during my sessions with my shrink.

I hate it when people mess up my plans and systems, with a vengeance. However, as you can see with my plans and mishaps above, maybe having plans messed up isn’t so bad, is it?

Go with the flow, make plans, follow them as well as you can, but allow for things to change – and embrace the mess up.