My previous post talked about the detriment of focusing on achievements all the time, as I lose sight of other important things in life as my friends, relationships and my health. Yet another reason why I have been feeling unhappy all these years also stem from over-achieving – comparisons came as a by-product…

Perhaps it was childhood experience, and the wanting to avoid disappointment, or it was simply an inherent competitive nature within me. Whatever the underlying reasons, the reality was that I placed too much emphasis on achievements. Every time I sprinted forwards towards the prize, I looked around to see whether others had already reached that destination I’ve set my heart on. Did they get there faster? Are they captain of the basketball team and not me? Did they speak more languages than me 10 years earlier? Do the make more money? Are their apartments bigger? Why is someone’s blog wider-read than mine even on the same topic? Her eyelashes are longer…

And with endless comparisons, jealousy was stemmed deep within me. And jealousy made me unhappy.

I looked around me and wondered why I don’t have what others have, why I haven’t achieved what others have achieved. I wanted to be better, faster, smarter, prettier —  from the comparative I thirsted for the superlative. Then the vicious cycle began and all I could think of was how to achieve more in a shorter space of time. The more I indulged in these imaginary competitions, the more I got caught in comparing with just about every person I brushed shoulders with on the streets of Omotesando or the Champs Elysees, instead of enjoying the aesthetic of the cities I lived in. 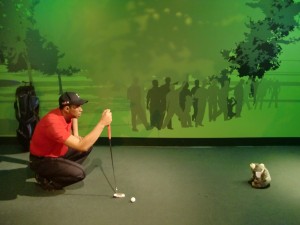 I was especially jealous of one particular friend, S. For all I was concerned, he was more composed, well-travelled, elegant, spoke too many languages fluently, had the better postings, got better performance ratings, knew his wine, got invited to more parties, more cultured, had more friends, was funnier, bought an investment property, got his CFA while I flunked mine twice, were buddies with more senior managers, more sociable, more refined, had better taste, had a great family, had a holiday home in southern France… every other thing possible I could think of I deemed him better than me. Perhaps the only thing I didn’t compare with S was my shoe and handbag collection.

I wanted to beat him, I was extremely jealous of him but I couldn’t admit it. I was drugged with achieving more and more so I could feel that I was at least his equal after elevating him to an imaginary pedestal. I was so poisoned in my own jealousy I almost wanted to be him and have his life. I was comparing to such irrationalities that I always treated him with a tint of suspicion and distrust – I was skeptical of what he told me, always thinking he had an ulterior motive so I had to “protect” myself. From what?

In fact, it was more likely I projected my own resentment onto him, and so thought that he was out to get me, whereas it was actually me, who was the one subconsciously trying to surpass him and pushing him away. I was so mesmerized by this idea of S that sometimes I was confused as to whether I actually liked or disliked him, and whether we were friends or not. I somehow convinced myself that he was not a genuine friend towards me. It was maybe I, who was mean to him in the end.

Unfounded comparisons and envy crippled me, and perhaps barred us from becoming closer friends.

Eventually I mustered up the courage recently to apologize and tell S I was jealous of him and always compared myself to him. Nerve wrecking. But perhaps this apology was one step towards healing my soul. There’s no telling to what could have been between us, but what I look forward to is the future, to redevelop the friendship with S and many others I have been jealous of.

Comparing has taken away many people from me. It has made me jealous and bitter. Let not comparisons get the better of you.

To all those I’ve compared myself to, and as a result hurt your feelings in any way: I sincerely apologize.

Indeed, what good and productivity does comparisons bring?

The mere effort of comparing expends so much unnecessary energy, which we could otherwise have spent on reading a book or sipping a cup of tea, or simply catching up on quality sleep.

I’m trying very hard to stop comparing myself to anyone right now. When I feel the urge, I say to myself: “I’m me, and that’s all good.”

Start loving yourself, and being proud of yourself. There is no need for comparison.