I had a bad few days over the weekend: a panic attack and a sudden spiral down from an overwhelming feeling that life’s too tough to carry on through, and that all my efforts are futile. Then I remembered a dear friend who passed away earlier in the year, and he urged me on:

He had brain cancer.

He struggled on for a year longer than doctors predicted. He smiled. He laughed. He grinned. He accepted the reality and did not complain or blame the world. He continued laughing and singing. He ate his birthday cakes and blew the candles. 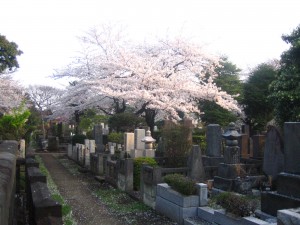 I was in some of my worst bouts of depression when I first heard the news. Back then, I couldn’t laugh. I couldn’t sing. I couldn’t smile. I had nothing but negativity in my thoughts. I wanted to die when I was very well alive.

He made a video recording while he was in hospital and told everyone to look at the positive side of things when challenges come – even on the verge of death. He asked that a burger be kept for me when given two one day, even though I had not spoken to him for years. He smiled. He laughed. He prayed for everyone else on his deathbed.

He’s fought his fight and ran his race.

I am still on my journey. There will be ups and downs

But I can skip down the road with a smile like him.