the loss of identity

I feel a bit lost without the business cards from my company to hand out. I still have a stack of them at home, but I don’t use them anymore. Plus there is not as much need for business cards these days when I just stay home most of the time. But I do wonder sometimes who I am without that little piece of paper with a well-known brand logo, my name and a title underneath it.
It never dawned on me how attached I had become with the company, when perhaps to them I was but an employee number in the system. Of course, I made a difference some how – at least that’s what I’d like to think – but at the end of the day, with my being on sick leave for a few months, the company stood strong (though I wish the share price would shoot back up soon). So it’s more of a one-way street in the big picture. And without this corporate backing, when I met people in social situations as I ventured out again for those limited periods of time my head wasn’t hurting or when my mood picked up a little, it became a bit daunting. They always asked “so what do you do?” And I didn’t really know how to answer.

Most of them probably meant which company I work for and what I do for them i.e what my position is and how senior was I. It was as if the company and my job represented me and established my existence vis-a-vis the people I was speaking to. In hearing the name of the company and your title, people knowingly or subconsciously put you in a little box they have created in their minds and assessed you accordingly. They associate what I do with who I am. Partly they are right I guess. It takes certain qualities for people to do certain jobs.

Yet, what scares me is how much I depended on my business card to tell my story. It does in a way, but perhaps I had become over-reliant on it and allowed it to invade my identity. On top of that, I had probably struggled and worked very hard to achieve that identity and respect from people – yes I am young but yes I already manage a team even though I have no experience, I just learn it, and really, yes really I have worked in London, Paris and Tokyo in the last few years, it’s not a lie, and yes I have  a 4-bedroom apartment and a driver and I don’t pay any rent or taxes, and NO, I did NOT sleep my way up!!! It was a difficult balance – to be assertive and not bitchy, young but not immature, mature but not pretentious, friendly but not flirtatious, confident but not arrogant, and loud enough to be heard without yelling. I survived in a world ruled by the opposite sex, and we were not seen as “precious” because we were the minority, we were simply the minority who fight hard against prejudices against us. Therefore, I battled to safe keep that identity and maintain an image. And for a while, all of it boiled down to the company name at the top corner of the little card, and my title… ooh, Associate Director, I almost drooled over it when I got promoted!

And so, when I no longer was going to work temporarily , I felt like some one had messed with north and south poles’ magnetic fields and my world was in disarray. The compass was lost.  And with that, my self-confidence crumbled. I felt so empty.

That is the reason why when they ask me what I do here in Beijing, why I am here, how long etc, I can only gingerly say, “um, I don’t work right now…” I could not pretend I was working at the moment and yet I didn’t feel like telling my personal story to strangers. They go “oh” and almost cannot wait to run off to talk to someone more interesting. I don’t blame them. I am not very charismatic to begin with so couple it with nervousness – not exactly conducive to socializing. And in a way, I intentionally kept quite a low profile and didn’t talk much in these social settings. 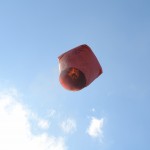 However, slowly the tides turned. I started to become amused with people’s reactions when I say I don’t have a business card. They seem a bit thrown off track. I’ve had quite a few incidents already, when people still try to delve into my lack of corporate backing. Am I trying to do PR here? looking for a new job? teaching English? project manager like many expats out here? doing everything? in an NGO? still trying to settle into Beijing…?

My favorite assumption is “did you come to Beijing with your boyfriend and his company?” It cracks me up. I keep a straight face and say “no” solemnly. They rub their heads and don’t know what else to say. Sometimes I think, “if only they knew”… Then I chuckle to myself.

(And seriously why do people have this stereotype of “expat wives”? Many of them do very admirable things, they don’t only paint their nails and go to tea with a poodle! They probably contribute more to the society through community service than our dear hot shot corporate executives who flap around all day with meaningless emails and redundant meetings, then go drink themselves to oblivion afterwards. Oh wells, maybe their expenses help boost the economy. Something good in everything hahaha)

But of course, I have committed the same mistake as well – ask someone which bank they work for, and with their title, automatically a little formula goes off in my head and I attribute the type of person they are to them, whether they liked it or not. Well, they couldn’t really like it or not, because I don’t tell them I’ve passed judgment on them already and so they had no chance of self-defense. So I’m not blaming anyone. I am guilty as charged.

Not to say a personal branding is not important though, but that can wait. Business cards may enhance my image and represent me, but it certainly should not be my image. Those little cards are really, just a piece of nicely printed scrap paper… it makes me look better, but is not who I am.

My challenge is to remember that…