Diverging a bit from posts of being sick and depressed, perhaps something on a lighter side. Recently, I’ve gotten addicted to playing with the game “Angry Birds” on the iPad. I don’t actually have one, but my best friend does — and I’ve basically confiscated it these few days. As I was lying on the bed slinging multi-coloured angry little birds at green pigs last night with my friend, I felt a sudden surge of warmth as I realized how much closer I’ve become with so many friends through my being sick.

I’ve always been quite blessed to have many friends around me. When others tell me it’s lucky if they have 1-2 soulmates and best friends they’ve known for more than a decade, I feel very fortunate that I can easily name 10+ people I consider soulmates, and have known for many many years. On top of that, I’d say I have many close and good friends, especially those I have met in recent years in the different cities I lived in, with whom I can share my thoughts and talk. And then, of course,  there are those few who have known me forever, and seen the worst of me – seen me cry, angry, desperate, despair, beaten, heartbroken, hysteric, emotional. I’m sure there must be bits of me they loath but they remain true to me, and have accepted me as me – perhaps even more so than I have accepted myself. Our paths and life experience have diverged and yet when we come together again nothing feels more familiar. Very cheesy, but the bond is much tighter than the strongest carbon bonds in a diamond.

When I was sick, many friends were concerned. I didn’t actually tell many people about what was going on, and MIA-ed for quite a few months. But disappearing from the ends of the earth bore no dent in our friendships. If anything, I think it was a catalyst to strengthen many relationships. Many of you don’t know it, but those random emails or Facebook messages / posts you sent me while I was sick, fuelled me on one way or another. Apologies if I never responded.

Sadly, however, these last few months also made me see quite clearly who is, and will be, around to see me through it all, and who cannot handle a non-bubbly-happy me and had to drift off. And then there are those I had expected would at least drop a line – literally just a line – to see how I was doing as they have not heard from me for a while; but perhaps I expected too much as they were too, bogged down with challenges in their lives. Usually I played the role of encouragement and care, but I was too exhausted mentally myself to do much about it then. I am still too tired to pick up that role again because I am still trying to sort myself out and recover from all the physical pain so maybe some friendships will dissipate. Some are to this day, oblivious to what I went through and at what point I am; I don’t blame them, we are all busy people. Others were simply nosy and I almost wish they would leave me alone. Not to mention those who derive their enjoyment through my misery.

But focusing on the positives as I have no time to waste for irrelevant people, some friends I really cannot do without. My “angry birds friend” has less patience than I do (I think). Yet, her EQ pumped up exponentially as day after day I’d text her or email her with my negative thoughts for so many months. She stood by me even when for so many times, I called her and broke down crying for no reason and couldn’t even talk, sometimes it’d be a few times a day. She took care of me when my head hurt so much that all I could do was cry. She still hasn’t dumped me although my mother calls her and hassles her to find out what’s going on. And more so, in her own breakdown and troubles, she was still concerned about my well-being. Apologetic as I feel for taking up her energy and time, gratitude is a better word. But perhaps even “gratitude” doesn’t do this friendship justice. 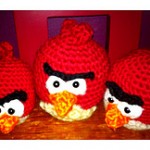 What touches my heart is that the word “friends” means so much that no other words can express it better. These people have not abandoned me because I was weak and couldn’t laugh. They didn’t forget about me even though I shut myself up for so long, and sometimes I simply did not have the strength to even turn on the computer to read emails after an IV drip in ER. They hold no grudge against me even though I did not reply to their emails or did not want to explain what was going on with me. They waited for me to come back in my own time, and was always ready to lend a supporting shoulder when I reached out for one.

It was silly in a way really, when at 1am in the morning we were still sprawled out on the bed, our vulnerabilities and heartaches out the window for a while, and on the iPad trying to get through another level of Angry Birds. Discussions were no longer about life or love, but where best to aim the bird, or where to make it explode. “What’s our strategy?” my friend asked. “Don’t know, let’s try hitting it here,” I responded. What more can I ask for from friends like these?

Thank you, my Angry Birds friend. Thank you all my friends.