One dreary morning, when I woke up thinking stone walls were caving into my head from the pain, and startled from my sleep with a dream of drowning myself in the bathtub, I finally stared at my own mirror reflection, and looked myself in the eye. Enough denial.

I realized – finally – that it has come to a point where my body could hang on no longer, and my mind was fragile. I needed medical help. I couldn’t make that trip to Shanghai even though my boss from HK would be there. I was feeling so guilty about it, but alas, I decided, it’s more important that I go to HK and see that brain specialist. This time, I did. We found out what the problem was. Nothing terminal or excessively serious, but enough that I needed medication and a lot of rest for the body to do its work.

I was disgusted at myself for needing medical attention, because I equated being sick with being weak, and I considered myself a person of strong character, of stamina and perseverance. I do not get sick, flu is as far as I go. So this was unacceptable. My pride was in my way. I hated to have to see more doctors so frequently and regularly, and to take all that medicine and go through those funny machines all the time.

Apart from the X, Y, Z, reasons, the pain in my head was also caused by stress, the specialist diagnosed conclusively. In fact, stress also could have caused X, Y, Z; it is the biggest source of all the pain and problems in my body he remarked, and I need to deal with that stress first. The migraines were my body’s way of telling me I am stressed. I laughed dismissively, but nervously. 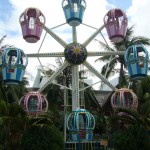 Stress could cause depression too, he said, so he recommended I start seeing a psychologist regularly. I nearly puked when he said that – figuratively this time. What has become of me, that I need to see a psychologist? In my head, I associated stress and depression with being weak too, even weaker than being physically ill. Sometimes you cannot control physical ailments, but the mind – stress & depression included – can, and should, be controlled. I could not believe my mind was weaker than I thought. Impossible. Moreover, what would people think if they knew I was seeing a psychologist? That just won’t fly.

We went back to Beijing and reported to my GP. She decided I needed a month off from work at least to focus on treatments, to be reviewed regularly. I said ok reluctantly and told myself to get better within a month so I can get on with my work in the office, especially as year-end is one of the most important times of the year since we need to set strategies and objectives. I kept up with work and managing the new team I had through the blackberry, or tried to anyways. At times I struggled because the pain interfered with my vision, and the screen was very small so squinting my eyes was not comfortable. I winced every time when I had to medicine and stronger and stronger painkillers. I remember I even tried hiding them so that Tim couldn’t find them to force my mouth open. And I put off seeing the psychologist again.

But then one morning, I woke up, very troubled. I turned to Tim and quivered, “I need to see a psychologist…. I just saw myself killing myself, something is wrong.” It scared me. I had never thought about killing myself before, save for those times we say it dismissively in response to some trivial obstacle. We went back to see the same psychologist, but I just didn’t click with her. I was feeling no better than before I went to see her. So I gave up the idea of counselling – again. It’s not enough to just admit I had a problem, I should also deal with it. But back then, I thought I can deal with it on my own.

In my story, I said I got ill around November last year. Strictly speaking, end of November was when I accepted and admitted that I had problems to confront and resolve. Perhaps by then, I had already been “sick” for a few years. And end of November was only the beginning of the pit dark bottom. It was my tipping point.