jackhammer on my head

When I was a teenager, I read about migraines in the American magazine, “Seventeen”, and how so many people suffer from them. I remember thinking to myself, what’s the big deal? It’s just a headache, use some willpower and get over it. Its not some terminal illness after all. Ha! Things in life have a way of going around and coming back to bite you. My ignorant dismissal of migraines was unfoundedly premature, and came back to haunt me now 10 years later.

I was physically ill for multiple reasons, and some of them I wish not to discuss. But the migraines I do want to talk about. Because they can be deadly. They could be the tips of icebergs for more issues hidden beneath.

When I had a migraine, some part of my head would hurt. Really hurt. I can find no better word than to say it hurt like mad. I felt like someone was hammering my head, pounding with all their might so that they can squash my skull. You know those machines on a construction site that drills down the earth to lay foundations? Well, it felt like someone was drilling with 100000000 of those machines down my head. My head throbbed wildly. I tried so many times to throw my head against the wall or the floor or any hard surface I came across to try to stop the pain by pressure. I was screaming and kicking on the bed and the floor of the living room begging it to stop. No amount of massaging my head helped. 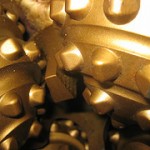 Aggravatingly, I was also scared of lights, and of sound during a migraine. I couldn’t even stand the TV being on, or if the phone rang or my boyfriend spoke to me. My shoulders and neck became more tense than they already were. I couldn’t read or concentrate on anything else. I couldn’t breathe properly. I couldn’t fall asleep. I kept crying because of the pain. And I hardly ever cry.

At times I threw up, even if I had not eaten anything. If nothing came out, it was worse as I’d feel nauseous throughout. And because I threw up all the time, I became dehydrated, which led to dizzy spells and light-headedness. I fainted and blacked out so many times as a result. I was so weak my boyfriend had to carry me to the hospital or call the ambulance so they could put me on the IV drip. I couldn’t take painkillers because I would throw it up. They had to inject it through the drip.

Maybe I am exaggerating, but it did feel like torture, and unlike any other pain I’ve felt. It made all the muscle pains and broken ankles and meniscus tears and ligament worn downs I’ve had in the past so insignificant in comparison. There could be more deadly illnesses like AIDS and cancer. But I’d caution you not to dismiss migraines. If it’s happening frequently and worsening, go get a MRI done, see a neurologist and/or a brain specialist. You might discover other physical ailments beneath.

Migraines could be a diagnosed sickness in itself and people talk about cutting diary products, red wine, chocolate. But in my case, and perhaps in many other cases out there, the migraines were over and above “just a migraine”; it was a symptom of more complicated issues that needs attending to.

It was also a warning signal which I refused to acknowledge: I was stressed.