I relocated from Tokyo to Beijing last summer with my company. A new posting, a new challenge. I was all excited for the unknown and what could be out there. I have always loved a challenge, something new to experience, another learning curve to climb. Plus this meant another promotion. I am sprinting on the fast-track. What could be more satisfying and thrilling? But perhaps God thought my life was too banal, so he decided to give me a physical challenge. The first weekend I was in Beijing – 19 June 2009 – I experienced my first ever migraine…

It was the end of the first week in the new posting. Wasn’t exactly the best week, as I was tired from just coming back from London to Tokyo on a business trip the week before, and I also wanted to present a good first impression to the team, especially when it was a period of flux and things were transitioning. My bosses who put me in that position had expectations on me, I had responsibilities to fulfill so I had to keep my head up. I got through the week and was thankful for the weekend to breathe a little.

I was feeling very sluggish and exhausted so I went back to the hotel a bit early and ordered some room service. In the evening, my head started to hurt slightly. I dismissed it as another headache that I’d get on and off. Usually it’ll pass if I ignore it long enough. Sometimes I could will it away. And if I couldn’t, panadol always helped. So in the end I took 2 and went to bed early. 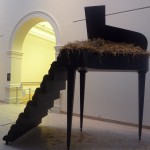 At 2:30am in the morning I woke up in pain. My headache had gone from bad to worse. My head was pounding. I couldn’t see properly. I was sweating, my breaths were shallow. I called my boyfriend, who was still in Tokyo at that time. I was so scared. I had never had pain like that before. I didn’t know what to do. I tried more panadol to go back to sleep. 3am I was still tossing and turning around in pain.

3:15am I called International SOS, a service my insurance recommended, and asked them what to do and where their doctors were. I must have been crying unintentionally, as the operator kept telling me to take some deep breaths and calme down

3:30am, I went down to the hotel reception and asked them to take me to the SOS clinic. They decided SOS was quite far from the hotel so they took me to a nearby hospital with an expatriate section instead. I was too weak to argue. I thought whatever would kill the pain. I hoped the doctors would just see me and give me some medicine. We went to this Chinese hospital around the corner. I threw up whilst waiting for the doctor in the corridor. I saw the doctor, she was so brash and rude, and made me feel like very disrespected  (as much as I like China, I do think people can refine their service attitude!). She asked if I had a temperature. I was getting quite pissed off so I retorted that I wasn’t the nurse or doctor so how do I know if I have a temperature or not. I was getting impatient as the pain snowballed. I felt so alone and helpless and didn’t know what to do. She said she had to refer me to a neurologist first, and I’d have to wait till 6am in the morning and there was nothing else she could do. Then I got very pissed off, stormed out of the hospital, demanded my money back and be brought back to the hotel.

4:30am, the pain had not subsided. I was miserable. The pounding in my head got stronger and stronger. I called my boyfriend again. In the end, he called his adopted mum PK who has lived in Beijing for many many years to come take me to SOS. I had not met her yet. I was afraid she’d find me a bother and wasn’t making the best first introduction. But nothing I could do. She called me on her way and already it was very soothing to hear a kind voice, and who was in control. She was like an angel arriving to rescue me. She had to wake up in the middle of the night, come to the hotel and take me to the SOS clinic where it was clean and did not stink like filth. (Eternally grateful, also now my adopted mum and feeds me pavlovas 🙂 )

I saw the doctor-on-duty who treated me properly – like a person. And it was in that consultation room that I learnt the word: migraine.

And since that fateful day, the migraines have not stopped. At first, it would last a few hours, perhaps once every 2 weeks. Then it came back more frequently, once every 10 days, once a week, once every 4 days, 3 days, 2 days…. Each time it’d last longer and longer and longer, till I was writhing and squirming and wailing in pain for some 10 days straight one time. It’s not a happy picture and if you’ve not had one, please try to imagine how it feels through — I wish you will never need to live through the experience.

19 Jun 2009 was like a loud gong in my ear warning me that something was very wrong – and yet I hung on and ignored the agonizing signals for quite some time. I went back to the office as usual, willing myself to ignore that piercing pain in my head. I spoke cheerfully on conference calls even though I could have screamed from the pounding. But more on the downhill slide in another post.

Sometimes I look back and I ask myself: how dumb and stupid can I get? Is all that pain worth it?

It’s worth it, I can tell myself now, because I now know more about myself, my physical body, my mind, my emotions. It was just an extremely painful lesson, especially since I ignored the warnings along the way.

The pain has helped me to be me — finally.